Digital Realty Trust is teaming up with some of its largest cloud-provider customers, starting with IBM and AT&T, to court enterprises, most of whom it expects to eventually transition to a hybrid infrastructure strategy, combining dedicated on-prem infrastructure with cloud services.

Put simply, the plan is to invest in supporting what the San Francisco-based real estate investment trust calls "Scale" customers -- the cloud providers -- while letting them take the lead in selling hybrid cloud to enterprises. It intends to spend up to $900 million to support its leasing pipeline, mainly for cloud providers.

As it has described earlier, the REIT is looking to leverage its global wholesale data center fleet in combination with colocation and interconnection expertise of Telx, which it acquired last year, to expand colocation offerings adjacent to existing large-footprint cloud deployments.

The company's three strategic priorities for 2016 are supporting its cloud customer base around the world, integrating Telx, and expanding interconnection and colocation capabilities, initially in the US and then globally, Digital Realty CEO Bill Stein said.

Digital Realty CTO Chris Sharp, who joined last year after leaving the company's rival Equinix -- which also happens to be a major customer -- provided much of the color on the operating strategy, and a lot of the discussion centered on a comment he made, saying, "Hybrid cloud is the end-state where every customer is going to end up."

Sharp clarified that Digital's cloud focus was to support its large-footprint, or Scale customers in a joint effort to cultivate enterprise business. It has the facilities expertise and owns the largest global data center network, and its team is happy to leave the "heavy lifting" of hybrid cloud architecture to experts like IBM and AT&T.

The REIT doesn't plan to be completely hands-off in its cloud partnerships, however. It intends to "…align efforts with their demand cycles, and get a tighter funnel that is multiple years out," Sharp said. Telx placing colo next to cloud nodes will help optimize latency, security, cost, and control issues for hybrid cloud customers, he added.

Big part of it is also leveraging the cloud providers' expertise in the market and salesforce. "IBM and AT&T take foundational services out to market to penetrate thousands of enterprises," he said.

According to the company's CFO Andy Power, Digital expects to start realizing the $15 million in Telx cost synergies beginning January 1, as well as $148 million in EBITDA from the 20 Telx facilities for fiscal 2016. While revenue synergies will begin to show, the impact will be felt primarily in 2017 and beyond.

Power expects Digital to continue its focus on same-store performance from aggressively trying to renew leases at higher rates, keeping operating expenses in check and "…being mindful of our cost structure." While growth can be expensive, Digital is clearly focused on delivering for shareholders in 2016.

Stein, the CEO, said expansion priorities for Telx include Northern Virginia (Ashburn), Dallas (Richardson), and Chicago (Franklin Park). Internationally, he expects to see a large Telx role in Digital's expanding campus in Singapore, as well as its campuses outside of London and Dublin.

Digital is in the process of consolidating redundant office space in New York City, turning it into additional colocation space for Telx at the massive Google-owned carrier hotel at 111 8th Ave., one of the world's most important network interconnection hubs. On the West Coast, the colocation building at 365 Main St. in San Francisco will be handed over to the Telx team. 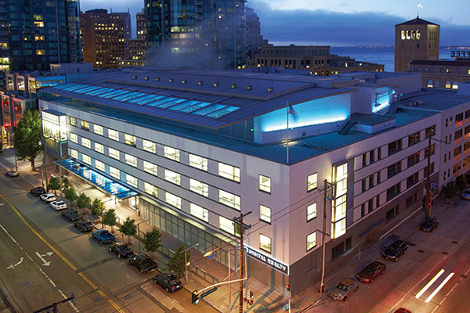 Stein pointed out the importance to Digital of smaller retail installations of five to 10 cabinets, which can act as incubators for customers to grow into multiple facilities. He gave the example of a 25 kW customer in Sydney, which according to him has grown into one of Digital's top five customers globally.

US Market Healthy, Save for New Jersey

Commenting on supply-demand dynamics in the US, Stein said, "All markets were in good shape except New Jersey."

Across the country, the supply equation remains far more rational than two years ago, while demand has been accelerating. Meanwhile, New Jersey remains challenged by power costs, which are much higher than in Northern Virginia, and a "challenged" financial services vertical, which comprises the primary data center customer base in New Jersey.

Stein observed that there was very little demand for "just shell" or powered-base data center product. Digital would only entertain building more of that product at a customer's request, he said. Turn-key is the typical solution in demand by those Scale customers.

The uptick in acquisitions in 2015 by smaller publicly traded data center REITs has not had any notable effect on Digital Realty, its execs said.

Powers pointed out it was too early in the game to comment on Digital's current valuation as a public company in light of the recent M&A activity, sch as CyrusOne's acquisition of Cervalis, the QTS acquisition of Carpathia, or its own $1.9 billion Telx deal. With many telco data centers now on the market, there should be more data points which will give Digital "…a better read later this year," he said.