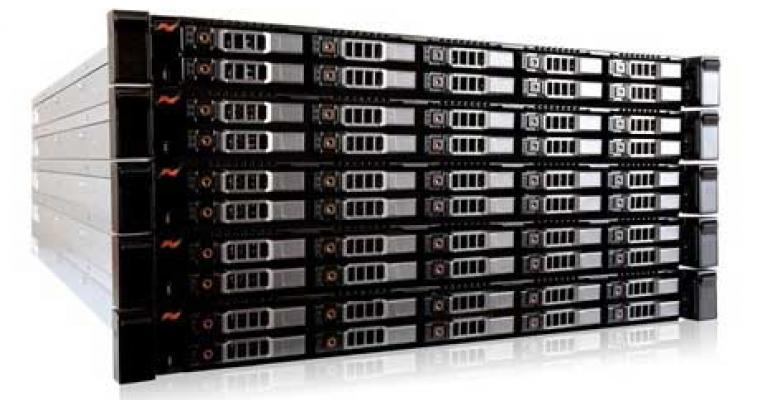 Considered one of the leaders in its market, SolidFire specializes in all-flash storage for multi-tenant clouds

Enterprise storage giant NetApp has acquired SolidFire, one of the leading vendors in the all-flash storage array market, for $870 million, the companies announced Monday.

NetApp has struggled to grow revenue since 2013 and stock value since 2011, but on a call with analysts company execs shot down any suggestions that the move was meant to compensate for shrinking revenue from the Sunnyvale, California-based company’s other products, painting as more of a strategic deal.

Flash has been quickly improving in performance and cost in recent years, and the fast storage medium has been seeing more and more use in enterprise data centers. While NetApp has a varied flash-based product portfolio, it has struggled to keep up with some of the biggest rivals in this space.

SolidFire specializes in scale-out all-flash arrays for web-scale data centers, the kinds of data centers operated by cloud infrastructure providers or other massive internet services. It has extensive integration with VMware and OpenStack and strong multi-tenancy capabilities.

NetApp CEO George Kurian said the company made the acquisition to add those capabilities to its portfolio, saying SolidFire had “the best and the most differentiated capabilities for the customers’ data centers of the future.”

“Performance and economics of flash are continuously improving,” he said. Flash is being used to address a broader and broader range of use cases, and NetApp wants to target customers making the transition from disk to flash, on their way to an “all-flash data center.”

SolidFire’s web-scale flash capabilities complete the range of all-flash use cases NetApp is addressing, adding to its existing all-flash lineup for performance and enterprise use cases.

Gartner named EMC, IBM, HP, and Pure Storage leaders in its 2015 Magic Quadrant for sold-state arrays. The market research firm named NetApp a “challenger” in the space, saying it was a late entrant to the market.

Pure Storage stands out in the quadrant of leaders as a startup among long-time IT giants. The startup’s shares debuted on the New York Stock Exchange in October in a less-than-stellar IPO, ending the first day lower than the opening price. After some ups and downs, Pure Storage closed today at the same price as it was at the start of the IPO day.