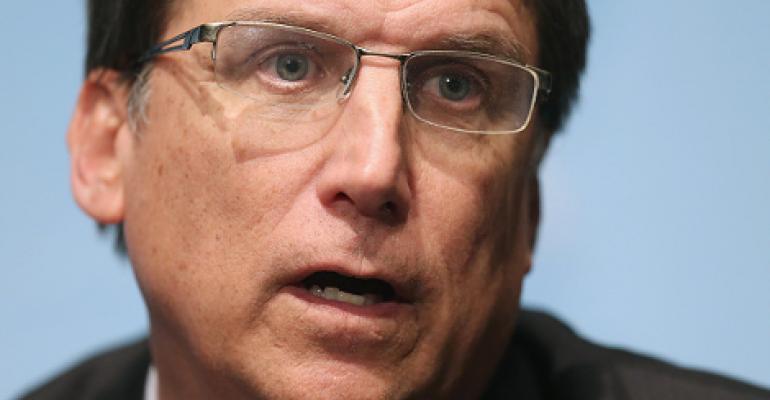 After many years of providing generous tax exemptions to companies that build and occupy massive data centers on their own, North Carolina has made tax breaks much more accessible to smaller data center users.

On Wednesday, State Governor Pat McCrory signed an economic-development bill that among other things extends tax breaks to companies that occupy multi-tenant data centers. The legislation also lowers the minimum investment commitment data center users have to make to qualify for tax breaks from $150 million to $75 million.

While government economic-development officials are often eager proponents of data center tax breaks, the economic impact of a data center on its surrounding area is controversial. While data centers are big and expensive construction projects, they don’t employ a lot of people once built, yet officials often paint tax incentives for data centers as a way to drive job growth.

McCrory’s announcement was no exception. The data center incentives were part of a larger piece of economic-development legislation called the NC Competes Jobs Plan.

By extending tax breaks to data center tenants, however, the bill encourages construction of the type of data center that can create more jobs than a single-user facility. Besides people employed by the data center operator, tenants often have their own staff on site or use third-party contractors to look after their equipment.

“As the provider, our number of direct employees will probably be comparable to that of a large single-user facility,” Todd Aaron, co-president at Sentinel Data Centers, operator of a large multi-tenant facility in Durham, North Carolina, said. “Each of our users then typically brings many of their own employees.”

He declined to say how many tenants Sentinel had in the 420,000-square-foot Durham data center, but said the first phase, which contains 50,000 square feet of raised floor, is nearly full, occupied by “several” companies.

Besides lowering the investment threshold to $75 million, the bill allows investment by all tenants in a single data center to be combined to meet the minimum. This means even customers with the smallest footprint in a facility can benefit from the tax breaks.

The savings can be substantial. The bill exempts qualifying companies from the 7-percent sales tax on electricity purchases, which for a 1-megawatt user can translate to $3,000 to $4,000 in savings per month, according to Aaron.

It also provides a sales-tax exemption for property and equipment purchases. A single tenant can spend tens of millions of dollars buying and installing servers, storage arrays, network switches, and electrical equipment.

North Carolina has been successful in attracting a number of major single-user data centers, including massive facilities built by Facebook, Apple, and Google, but it hasn’t been a big multi-tenant data center market. The new incentives may make its multi-tenant market more active.

“Kudos to North Carolina, because it will open up demand,” Bo Bond, managing director at the commercial real estate brokerage Jones Lang LaSalle, said. He expects the incentives to produce both demand for data center services as well as supply, because data center providers will want to take advantage of more favorable market conditions.

Lower investment commitment required to qualify for incentives and the ability for tenants to pool investment will have a positive impact on the market in Bond’s opinion. “That’s a game changer, because you can combine the investment,” he said.

Qualifying Threshold One of Lowest in US

While it isn’t the lowest investment threshold required to receive data center tax breaks in the country, North Carolina’s $75 million minimum is lower than in many other states, where the threshold can be hundreds of millions.

To qualify for Ohio’s sales tax breaks, for example, a data center developer has to invest at least $100 million, according to the AP report. The investment threshold in Tennessee is $250 million, and Texas offers sales-tax exemptions to developers that put at least $200 million into their data center sites there.

Texas in June enacted another set of data center tax breaks for especially large builds. It provides a temporary exemption from sales and use tax on personal property for data centers that contract for at least 20 megawatts of power and spend at least $500 million. Next month after the legislation was enacted, Facebook announced it would build a $1 billion data center in the Dallas-Fort Worth area.

Developers usually have to make other commitments to qualify as well. Many states attach a minimum number of new jobs that has to be created. Some also have a facility size requirement.