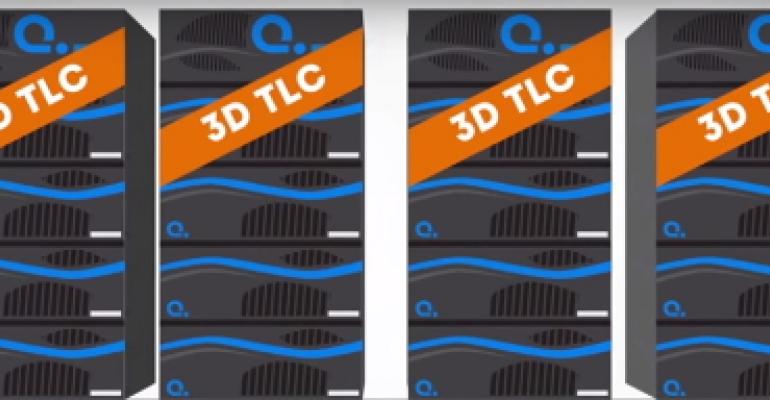 Making use of a new generation of 3D TLC solid-state drives, Kaminario unveiled upgrades to its all-Flash K2 arrays that drop the cost of usable Flash storage to less than $1.00 per GB. In addition, Kaminario announced that it is now including native replication in its K2 arrays with the release of version 5.5 of the company’s storage management software.

Kaminario CEO Dani Golan said the latest version of the K2 provides a sustainable edge over competitors that are not able to pack 360TB in a base unit that can be used to either scale up or out as they see fit. All told, Golan said the K2 systems can be used to provide access to up to 2 petabytes of all-Flash storage at speeds of 1.5 million IOPs per rack.

“We’re addressing scalability, cost effectiveness and ease of use,” said Golan. “It’s up to the IT organization to decide if they prefer to scale up or scale out.”

Golan added that Kaminario is the only all-Flash array vendor willing to guarantee effective capacity. If a customer is unable to store the capacity that is guaranteed, they will receive additional hardware at no expense to expand their system and fulfill that guarantee. All told, Golan said that the latest editions of the K2 all-Flash are priced anywhere from 40 to 60 percent less equivalent systems than competitors.

Finally, Golan said the K2 is optimized for writing to SSDs, not just reads, and includes advanced inline data reduction, which together ensure that 3D TLC technology used in the SSDs can meet the rigors of enterprise computing applications.

Of course, the debate over whether to use all-Flash arrays versus hybrid storage systems continues unabated. In some quarters, hybrid storage is viewed as being more efficient because only a small amount of SSD capacity is need to support primary storage and caching. The rest of the data can then be stored on traditional hard disk drives.

However, Golan noted that with the advent of SSDs based on 3D TLC, the differential between SSDs and HDD pricing is narrowing to the point where the other benefits of SSDs trump cost per gigabyte issue. Those benefits include less physical space being consumed in the data center by storage; less heat being generated; and less complexity in terms of moving data between different types of storage medium.

Ultimately, the decision to go with an all-Flash array versus a hybrid array may come down to personal preference. The one thing that is for certain is that the I/O performance issues that used to consume so much time and energy in the data center may soon very well be a thing of the past.