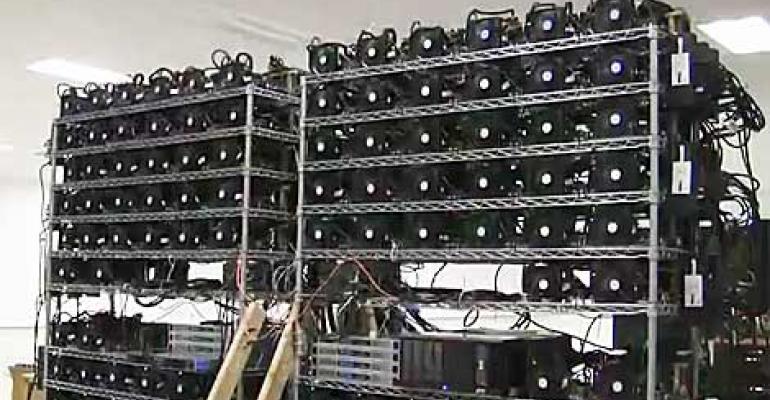 A GPU-powered computer cluster created by students at NCSA.
Business

NVIDIA's new architecture lends support for Linux and doubles the number of users per GPU server that can be supported.

Looking to make graphics processing units (GPUs) a more mainstream element of data center environments, NVIDIA launched NVIDIA GRID 2.0 this week at the VMworld 2015 conference. The new architecture adds support for Linux and doubles the number of users per GPU server that can be supported.

Originally designed to be deployed on Windows Server, Andrew Cresci, general manager for NVIDIA GRID, said the addition of Windows Server support should significantly broaden adoption of a framework that makes it feasible to run virtual instances of graphics applications on a remote server.

At the moment, NVIDIA reports that server vendors such as Cisco, Dell, Hewlett-Packard and Lenovo, have qualified the GRID solution to run on 125 different server models, now including blade servers. NVIDIA has also lined up support from both VMware and Citrix for its approach to delivering graphics via desktop virtualization software.

NVIDIA claims the latest version of NVIDIA GRID 2.0 supports more users per server, and overall application performance is now twice as fast. Less clear, however, is the degree to which IT organizations will make use of NVIDIA GRID to replace or augment workstations. Being able to access graphics files on a remote server makes it simpler for engineers to, for example, invoke graphics files using a mobile computing device. In fact, going forward it’s also likely that most “power users” will want to access those files using multiple types of mobile computing devices.

But how many of them might consent to giving up their workstations to access graphics applications on a server remains to be seen. At the same time, Cresci noted that many senior executives that have a workstation today may not need one if they all they need to do is review files that can be stored on a server. In either scenario, the collaboration capabilities surrounding graphics files and applications will be significantly enhanced.

In general, virtualization on the desktop has been a tough sell in the enterprise. Virtual desktops delivered via the data center account for a relatively small percentage of the desktops in the enterprise. As such, the general expectation is that NVIDIA GRID will be used to augment existing workstation application environment rather than replace workstations all together.

Over time, however, Cresci said NVIDIA does indeed expect to see more of those types of application workloads moving back on to servers in the data center and eventually out on to the cloud.