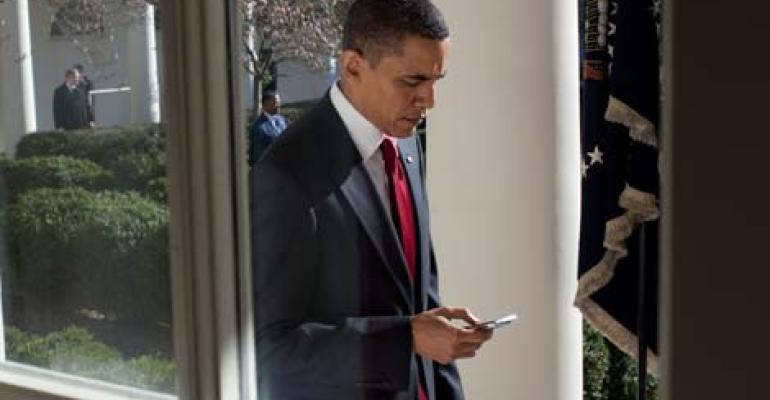 Blackberry's smartphone business didn't succeed, but the acquisition of Good Technology positions the company to compete strongly in the enterprise mobility market.

BlackBerry's smartphone business faded away due to stiff competition from Apple and Samsung, but the Canada-based company just made a move to become more competitive in the crowded, yet very lucrative enterprise mobility management software market (EEM).

The company announced in a press release that it would acquire security software maker Good Technology for $425 million cash. Investors showed their approval, sending shares of BBRY up 3 percent in early trading Friday.

UK-based research firm Ovum says that revenue in the global EEM market is expected to jump to nearly $10 billion by 2019, up from $2.7 billion last year.

"Like BlackBerry, Good has a very strong presence in enterprises and governments around the world and, with this transaction, BlackBerry will enhance its sales and distribution capabilities and further grow its enterprise software revenue stream," BlackBerry CEO John Chen said in a statement.

According to BlackBerry, nearly two-thirds of Good Technology's software activations are on Apple iOS devices. Apple is expected to unveil its next iPhone, the iPhone 6S, at an event in San Francisco next Wednesday. Good specializes in multi-OS management with 64 percent of activations from iOS devices, followed by a broad Android and Windows customer base.

The two companies are very complementary. Good adds capabilities and technologies to BlackBerry that include secure applications that protect end-user privacy. BlackBerry will now be able to expand its offerings for cross-platform EMM solutions critical in the new worlds of bring-your-own-device (BYOD), corporate owned, personally enabled (COPE), and environments with multiple user interfaces and operating systems, according to a press release.

“Enterprise customers today demand stringent security and the most flexible platform across all mobility strategies,” said Good Chairman and CEO Christy Wyatt, in a press release. “We are excited to join BlackBerry, where together we will be the most comprehensive mobile platform in the market. Good has worked hard to deliver the highest levels of security across operating systems and applications."

Prior to the acquisition, the two individual companies covered a lot of ground. Together, they create a formidable landscape.

Good serves more than 6,200 organizations, including more than half of the Fortune 100, all of the Fortune 100 commercial banks, aerospace and defense firms, and leaders across healthcare, manufacturing and retail. BlackBerry is the mobility partner of all G7 governments, 16 of the G20 governments, 10-out-of-10 of the largest global banks and law firms, and the top five largest managed healthcare, investment services, and oil and gas companies.

BlackBerry goes against a hearty group of competitors in the EEM market, including VMware, Citrix Systems, IBM and startup Tanium, which has raised $120 million in a new funding round.