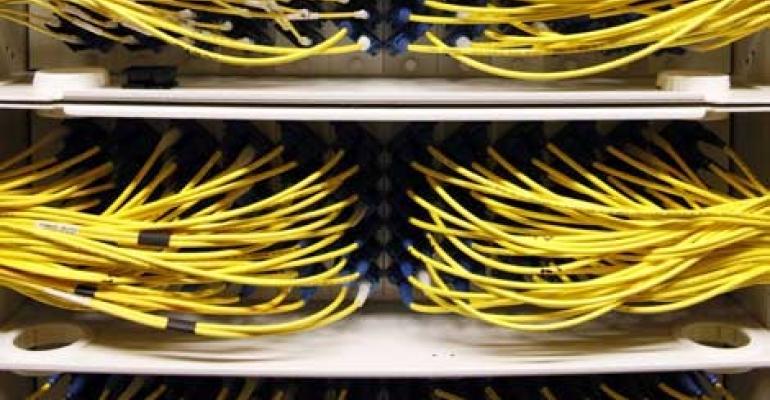 Equinix has added its New York and London data centers to the list of sites that will connect to the new transatlantic submarine cable system being built by the Irish operator Aqua Comms.

Aqua Comms partner TE SubCom earlier this month loaded cable for the America Europe Connect fibre-optic cable system onto Reliance, one of its cable-laying ships in preparation for deployment. Microsoft signed on as the first “foundational” customer of the system earlier this year.

The cable will land in Shirley, New York, and in Killala, Ireland, on the European side. Aqua Comms plans to build backhaul routes from Shirley to New York and New Jersey for data center connectivity in that market. It already owns a backhaul network in Europe, called CeltixConnect, that will carry AEConnect traffic between Killala, Dublin, Wales, Manchester, Slough, and London.

Here's a visualiation of the future transatlantic route by Aqua Comms: 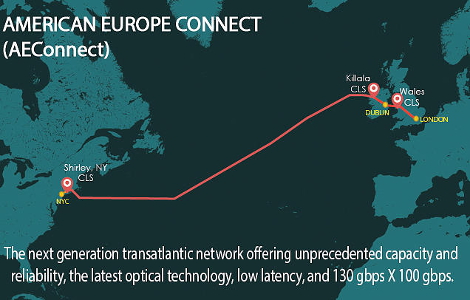 There are currently about 15 submarine cables linking sites on the East Coast of the US to Europe directly, according to a map by the telecom analyst firm TeleGeography. There is also one between Canada and Europe.

Transatlantic bandwidth is in high demand, according to Equinix. The London-to-New York route is the “second-largest international internet traffic route globally with multiple terabits of peak traffic,” the data center provider said in a statement, citing data by TeleGeography.

With its aggressive global expansion efforts, including in the US and Europe, Equinix needs access to all the bandwidth it can get.

Just in March, the company announced an initiative to add close to 500,000 square feet of data center space across New York, Toronto, London, Singapore, and Melbourne markets. All five are major densely-populated metros with enormous demand for data center connectivity.