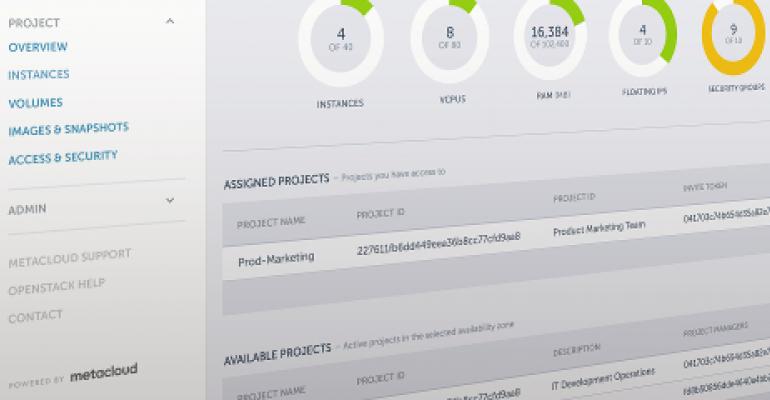 Vendors: OpenStack Buying Decisions Moving From IT to Line of Business

OpenStack recently had its fifth anniversary. The open source project now has thousands of contributors, and it’s time to stop talking about the building blocks and start talking about the problems cloud solves.

“I can’t wait until OpenStack takes the back burner in terms of conversation,” said Cisco Cloud director Scott Sanchez. “It's about 'what business problem am I solving?' That’s where I have always wanted to see this go.”

Sanchez came to Cisco from the company's Metacloud acquisition. Metacloud provides hosted private cloud - one of many legs in Cisco's Intercloud strategy. Sanchez was part of the original OpenStack team at Rackspace. "During the first two years at Rackspace, my job description was 'help OpenStack win'," said Sanchez.

Sanchez said that who’s buying cloud has changed. While large companies are budgeting for OpenStack, that budget is not coming from IT. It’s coming from line of business.

Industry insiders love to talk about the building blocks of OpenStack, and for good reasons. An increasing number of companies have a stake in its success. However, where this goes wrong is making project details the primary message to customers. The conversation should instead be how business problems are being solved.

Sanchez gave an example of a large bank customer. “We deal with two sides of the company: we work with the traditional data center team and we’re also working with their global head of greenfield applications," he said. "That person sits inside the line of business, outside of IT entirely, reporting to the actual people making money for the bank. They’re the ones funding the necessity for private cloud targets.”

Data center service provider Internap has evolved over the years, but senior vice president and general manager of cloud Satish Hemachandran said the company has stayed true to the original vision: focusing on technology problems where performance matters.

Internap was an early adopter of OpenStack. Hemachandran said its first OpenStack offering brought to market, Swift object storage, “didn’t do as well as we intended, but it was certainly a proving ground."

On its fifth anniversary, Hemachandran believes, OpenStack is now a fundamental building block that has taken a backseat in conversations.

“We shouldn’t be everything for everyone. The solution set in terms of hybrid is around ‘What specific customer problem are we trying to solve?’" said Hemachandran. "The answer is either growing revenue or reducing cost as it maps to line of business-oriented or IT-oriented workload.”

Internap has since added an OpenStack public cloud service which isn't positioned against other public clouds but rather as a piece of a larger hybrid package. "It's an add-on versus a primary offering," said Hemachandran.

On OpenStack’s fifth birthday, calling OpenStack "boring" is a big compliment. OpenStack is so ingrained in the foundation of many cloud initiatives that it now feels less like a gamble for many customers. OpenStack is ubiquitous and the conversation is changing.