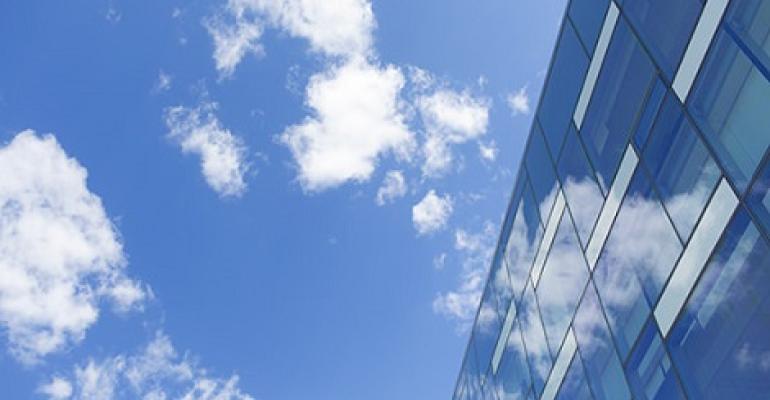 Managed service providers are often colocation customers, but what happens when what they're managing is located in the big public clouds?

The value proposition of a managed service provider has always been taking over laborious and complicated aspects of a company’s IT, so that the company may focus on core competencies. So what happens when these businesses want to leverage the benefits of cloud? Managed service providers are increasingly doing the same thing they’ve always done, but now atop of the big cloud platforms.

“It is early enough in the game that there are not necessarily any outright leaders,” said Philbert Shih, managing director, Structure Research. “But the managed hosters that play in the mid-tier to enterprise space have forged ahead by being early adopters and providers like Datapipe have made significant investments – even M&A – in pursuit of this capability."

Amazon Web Services has so far been the big benefactor of the rise of third party managed cloud. It has an ecosystem of what it “consultants”, currently consisting of around 20 approved AWS Managed Service Provider Partners that have met program requirements and passed a third party audit of their AWS Managed Service capabilities. One of those providers is Datapipe, which recently extended its managed AWS services around automation, orchestration and security.

Media Temple recently teamed up with AWS and announced its entrance into managed AWS. The company launched Cloud Architect and SysAdmin services around AWS this month (via theWHIR).

The other big public cloud platforms have recognized the opportunity presented by skilled managed service providers that can ramp in customers into their clouds and are also courting the new breed of consultants and managed services providers. Datapipe recently added managed Microsoft Azure to its arsenal.

Effect on the Managed Services Landscape?

Shih sees it as a positive trend for managed services providers. “Service providers can get out of trying to compete with massive-scale clouds head-on and start pivoting into areas that play to their strengths: managed services is one of those areas,” he said. "There is also a capital efficiency component. Managing a third party cloud allows hosters to spend less on infrastructure and re-deploy capital into strategic initiatives."

Media Temple said it did extensive market and customer research before adding managed AWS services. "Companies of all sizes often lack the technical expertise to fully unleash the power of AWS," said Brendan Fortune, product director, Cloud Solutions at Media Temple. "We have been architecting and supporting hosting solutions for 16 years, so it made sense for us to put our time and energy into building and managing high-performance, cost-optimized services that deliver the most value to our customers – rather than focusing exclusively on the hosting building blocks, which AWS provides."

There’s some question as to how this shift affects the data center providers that house the managed services providers. As the mix of cloud versus touchable assets shifts, so potentially does the amount of space taken up in a colocation provider.

“While it might mean less infrastructure being hosted in data centers, the massive-scale cloud present a ton of upside when it comes to interconnection,” said Shih. “Data center operators are also going to be very happy to see their own managed hosting tenants grow and expand. It is far-reaching value chain and data center operators stand to play a big part in it.”

Datapipe CTO John Landy doesn't see a drastic shift in the supply chain. "The supply chain remains similar but the hyper-scale cloud providers are owning most of the stack below the hardware so their purchasing power is being aggregated for hardware, network, and physical datacenter acquisition," he said. "The ability to provide colocation services will still exist for clients who need management of existing/more complex physical environments, specific targeted geographic needs (where public doesn’t exist), and/or for compliance (and security) requirements."

There is still a need for bare metal servers and traditional IT Hardware hosting given the heterogenous infrastructure market that resides in the marketplace today, Landy added. Datapipe has worked on go-to market with Equinix; Equinix itself encourages managed hybrid hosting through Performance Hub and Cloud Exchange.

Media Temple's Fortune said their product is intended for net new customers: "those whose specific needs for customized auto-scaling, load balancing, and DevOps aren't met by traditional VPS products," he said. "As a result, we anticipate no effect on colocation providers."

How Did We Get Here?

Managed services providers traditionally undertake anything and everything in high touch roles. With the rise of cloud computing, the first instincts of these service providers were to provide cloud platforms themselves, pitching private cloud management and building Infrastructure-as-a-Service offerings themselves. Now, private cloud in combination with managed public cloud seems the be the right recipe.

“Over time you might see hosters simply drop their public cloud infrastructure offering and replace it with an AWS or Azure,” said Shih. “The economies of scale that a massive-scale platform can offer will be too difficult for service providers to match. Hence, it will make sense to just get out of that business altogether over time.”

"These are powerful, well supported public clouds with large teams behind them that continue to innovate," said Datapipe's Landy. "The capital expenditure would be extreme due to the footprint of the hyper scale data centers but also the breadth of software services that these providers have implemented for IaaS solutions."

Hosting providers will still offer private cloud, and that makes sense since that is where they are getting growth, according to Shih. “They are not getting as much growth in multi-tenant public cloud.”