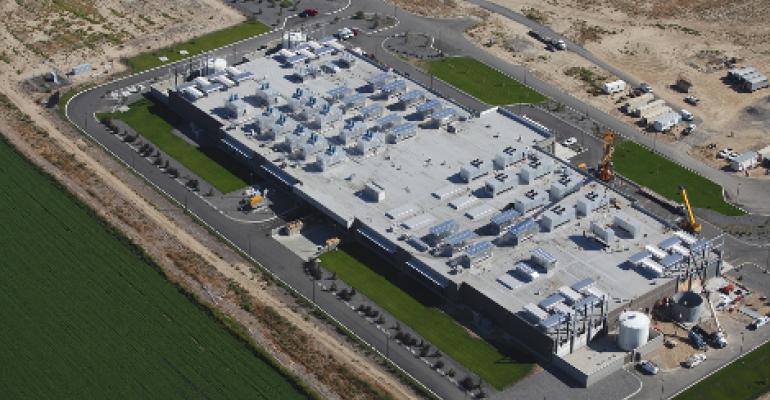 Washington State wants to promote development and construction of data centers in rural areas and has extended tax incentives to that end. The total value of data center investment in rural Washington (i.e. Quincy, Wenatchee, Moses Lake) since 2006 has topped nearly $4 billion, according to the Port of Quincy.

In a letter to the state legislature, the Port of Quincy issued a statement ahead of the recent extension: "Frankly, if the rural tax incentive for the development and construction of data centers were continued, it is highly likely that at least two or three major data center projects, valued at several hundred million dollars, would begin construction in Quincy, Washington, or Grant County next year."

Perhaps the most famous example of the effect of data centers on rural areas in Washington is Microsoft’s Quincy campus. That town’s motto is even “where agriculture meets technology.” Quincy’s tax revenue boomed, tripling from 2005 to 2007 as the likes of Microsoft and Yahoo established their initial data centers.

In related news, Iowa continues to be aggressive, recently approving tax breaks for a Google expansion.

Last year, Microsoft announced a $1.1 billion project in Iowa, leaving a controversy in Washington over whether or not the state had lost out on the project due to tax incentives. An editorial in the Seattle times called it “a billion-dollar lesson to the State of Washington”.

In December of 2013, Microsoft was looking to expand in Quincy, stating intentions to acquire 200 acres of land. Iowa offered a $20 million break on sales tax, and Washington was competitive, but only if construction commenced before July 2015, when the tax breaks were set to expire.

Neighboring state Oregon has been aggressive with data center tax incentives and has won a lot of data center projects as a result.

States are getting aggressive with data center tax incentives because data centers provide a notable economic boost. While a data center is not always massive job creator, it does bring high-quality jobs, boosts the local tech scene and spurs local business activity. Facebook has performed a few different economic impact assessments in North Carolina, Oregon, and in Sweden.

An example of boosting local business provided by Port of Quincy is Chinasoft, which recently located in Quincy to do software programming relating to data centers.

There’s a reason that major cities are often located near water and have major ports: it spurred commerce during their formation. Data centers are this century’s transportation infrastructure behind an increasingly digital economy.

The Port of Quincy had a great deal of success in recruiting high-tech data centers, it said. Microsoft, Yahoo, Intuit, Dell, Vantage, and Sabey located in Quincy because of competitive electrical power rates and state-of-the-art fiber optics connections there.