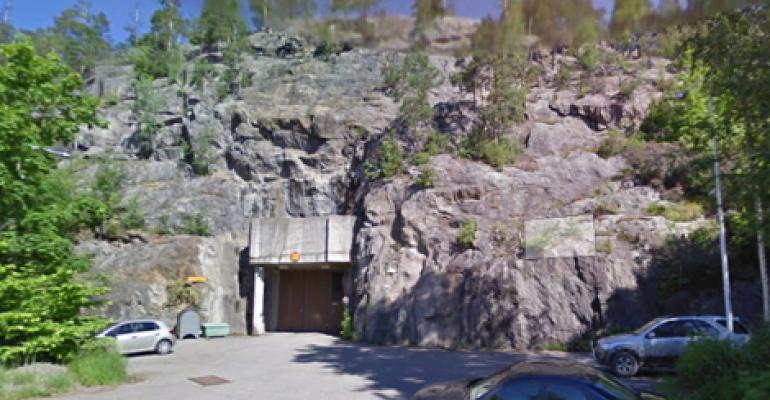 A Finnish-Israeli data center services startup has rented a cave from a city in Finland where it plans to build a data center.

While underground data centers or data centers in caverns are unusual, a number of them exists around the world. Their benefits besides the obvious ability to withstand bombings or natural disasters are usually in energy savings around cooling. Caverns are cold places that can provide a lot of free cooling to supplement mechanical cooling systems.

The company also claims the facility will protect against attacks by high-power microwave and electromagnetic pulse weapons.

Often, caverns data center operators choose to transform into mission-critical facilities are former military sites. And that is the case with the cavern in Finland, which the City of Tampere recently agreed to rent to Aiber Networks. Built to military standards, the underground facility was used since 1930s by Valmet, a formerly government-owned Finnish aviation company.

Finland, like its Nordic neighbors Sweden and Iceland, has had some success attracting data center development thanks primarily to low power costs and a cool climate.

Google has a gigantic data center in Hamina, Finland. Microsoft has a data center in the country, and so does TelecityGroup, the UK-based data center service provider that’s being acquired by Equinix.

Aiber’s focus will be on serving Finnish, Russian, and Israeli customers. “We focus on international cloud business customers from Finnish, Israeli, and Russian timezones,” the company’s CEO Pekka Järveläinen said in a statement.

Aiber has another data center in Tampere, located in a telecom hub about 2 kilometers away from the future underground data center, according to its website. The company also has data centers in Stockholm and St. Petersburg metros.

Aiber’s main investor is Daniel Levin, an Israeli citizen who has done a lot of business in Russia. According to his LinkedIn profile, he is CEO of Aiber Group, a major Russian construction company.

Aiber Networks is owned by Levin and the company’s employees, according to its press release.

Initial investment in the company is €2 million, which it expects to raise by several million.

It plans to provide the full range of data center services, from data center space, servers, and storage to integration management and help desk, going primarily after customers that build web and mobile applications and cloud platforms, Järveläinen said.

Renovation work in the cave has started already. Ultimately, the company expects to invest anywhere between €50 million and €100 million in building out its underground data center.

The 14,000-square-foot facility has three tunnels. Each tunnel will be its own data center. Aiber’s current design calls for 4 MW of capacity. The site’s current capacity is 2.4 MW.