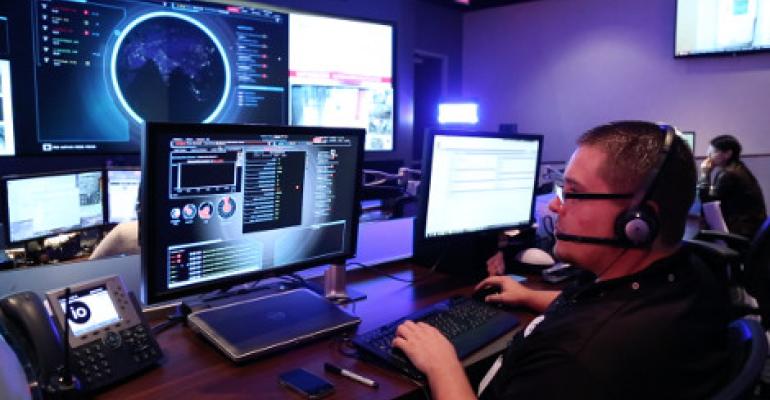 IO has developed its own data center infrastructure management software, now sold as a stand-alone solution by its spinoff Baselayer. (Photo: IO)
Business

IO has officially launched a data center in Slough, just outside of London, the company announced Tuesday. This is the Phoenix-based colocation provider’s second data center outside the US and its first UK data center.

The facility’s first customer is Goldman Sachs. The investment-banking giant was also the first customer at IO’s Singapore data center, which came online in 2013.

IO, whose differentiation strategy has been to invest in developing its own advanced data center technologies instead of simply providing power, cooling, network connectivity, and other basic colocation services, is once again going through a major change. The company is splitting its technology division off as a separate entity called Baselayer, IO the service provider becoming a customer of its technology products.

The cornerstones of those technology products are data center modules that are similar to shipping containers in form factor and an advanced data center infrastructure management software solution. The company manufactures the modules at its own factory outside of Phoenix and ships them to data center locations around the world.

"We’re looking forward to helping existing customers expand their footprint into Europe, as well as attracting customers from the UK market," Nigel Stevens, IO’s managing director for the UK, said in a statement.

A big market also means lots of competition, and going in with an anchor tenant on board reduces the risk that comes with entering an already busy market. The modular approach reduces that risk further, since it allows to bring as much capacity online as needed at any point in time instead of sinking a lot of investment into a high-capacity facility from day one.

The service-provider landscape on the European data center market is undergoing some significant changes.

Equinix, the world’s largest data center provider, recently placed a successful bid to acquire TelecityGroup, one of the biggest providers in Europe, blocking a previously planned merger between Telecity and Interxion, another European giant. The Equinix-Telecity transaction, if approved by regulators and completed, will make Equinix the number-one provider in Europe.

Prior to that, NTT acquired German provider e-shelter, which gave the Japanese company an instant spot on the list of Europe’s top data center providers.

IO’s UK data center measures more than 100,000 square feet. It is the first facility where the company has deployed a new kind of Baselayer modules called Eco. They are designed for maximum energy efficiency by using outside air for cooling. The free-cooling system is backed by a traditional mechanical chilled-water-based cooling system.

As it launches its offensive on the European market, IO maintains focus on Asia Pacific. Its founder and CEO George Slessman recently moved from Phoenix to Singapore to be able to better focus on growing its business in one of the world’s fastest-growing data center markets.