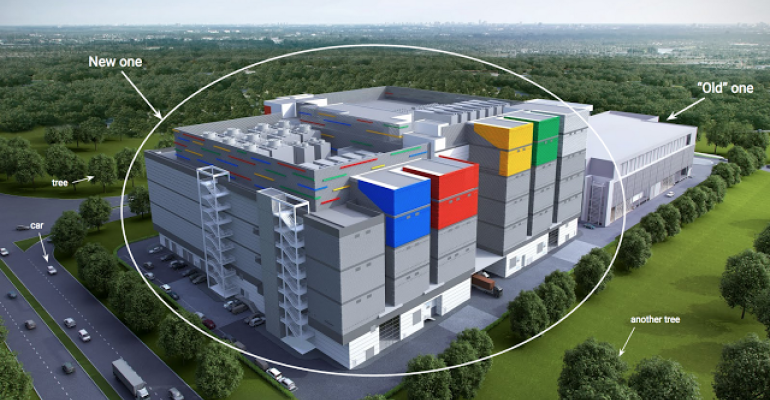 Google is building a second Singapore data center for an estimated $380 million. The facility will round out the company’s data center investment in the country to about $500 million.

It will be constructed on a plot of land next to its current site. The second, multi-level Google data center is expected to open in mid-2017, with the company still in design stages. Google has provided an early but not final rendering of the future facility (above).

Google’s Joe Kava, vice president of data centers, wrote in a blog post that the new data center will be built on the same principles as the first facility.

“It will be one of the most efficient and environmentally friendly sites in Asia, using 100 percent recycled water for its critical operations (i.e. just about everything other than drinking water),” wrote Kava.

Google will continue to work with the community through programs and bi-annual grants.

The first Google data center in Singapore was launched in 2013 at a cost of $120 million. In the last year and a half, more than 400,000 Singaporeans went online for the first time, wrote Kava. Smartphone penetration is up, and so are internet access speeds. The same trends are occurring throughout Asia Pacific.

The other Google data center in Asia is located in Changhua, Taiwan. The land was purchased in 2011 and the $600 million data center opened in 2013. Google made another $66 million investment in the site earlier this year.

Singapore and Taiwan are both high-tech hubs with reliable infrastructure. Their governments support innovation and foreign investment.

Google initially had plans for a Hong Kong data center as well, but the project was scrapped.