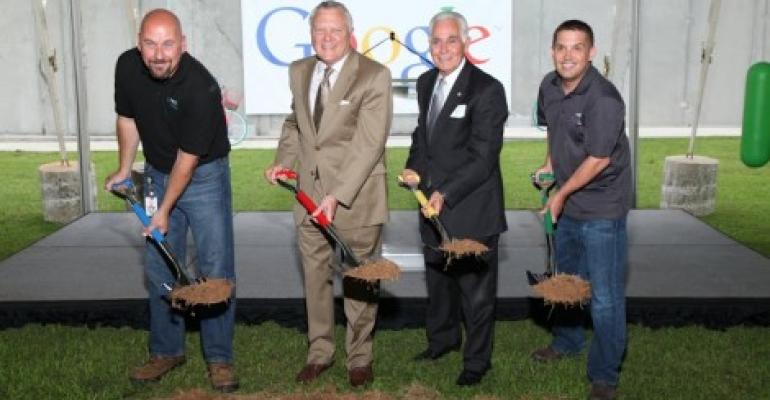 Google announced at a press conference today that it is undertaking a $300 million data center expansion in Douglas County, Georgia. It will be adjacent to the existing 500,000 square foot Google data center in Lithia Springs, a town just outside of Atlanta. Construction will begin this summer with estimated completion by 2016.

This is the second Google data center construction project announced today, following an earlier announcement of a data center expansion in Singapore.

There were initial rumors and reports of a potential expansion there in in March. The facility will create an additional 25 data center jobs, with that figure expected to grow. Google currently employs over 350 people at the Douglas County facility.

“Data centers are the engines of the internet, and as the internet grows, our data centers are growing too," Jason Wellman, Google data center operations manager, said in a press release. "Douglas County and the state of Georgia have been excellent partners, enabling us to grow our presence in the state. This expansion will allow us to continue to provide fast and reliable service to millions of people around the clock.”

Douglas County officials recently approved a package of tax breaks for the project to entice the Mountain View, California-based internet giant to commit to the build, according to a local news report. State and local government officials use tax breaks to attract data center construction projects, which are seen as strong drivers of local economic development.

Governor Nathan Deal was present for the event, calling Google “one of the magic ingredients” that helps lure firms to Georgia, according to a quote in the Atlanta Journal-Constitution. Deal said that economic development prospects often cite the availability of high-speed internet in the metro Atlanta region

"Much like Google, Douglas County continues to rapidly grow — evolving from a rural area to the economic hub of west Georgia," said Tom Worthan, chairman, Douglas County Board of Commissioners, in a statement. "The expansion of Google’s data center demonstrates our commitment to growth and innovation. We are excited that the Google team has chosen to continue to invest in our community by expanding its home here with us.”

Google has continuously expanded its data centers, which form the backbone of current and future services. The company has 13 data centers worldwide.

The first Atlanta metro facility is one of a handful of Google data center sites that use recycled water for all of their cooling needs.

Google said it helped provide $2.76 billion of economic activity for 62,000 Georgia businesses in 2014, according to Atlanta Business Chronicle.

There are 100 billion Google searches every month, according to the company. In 2008, there were one trillion web addresses. Now, there are 60 trillion.