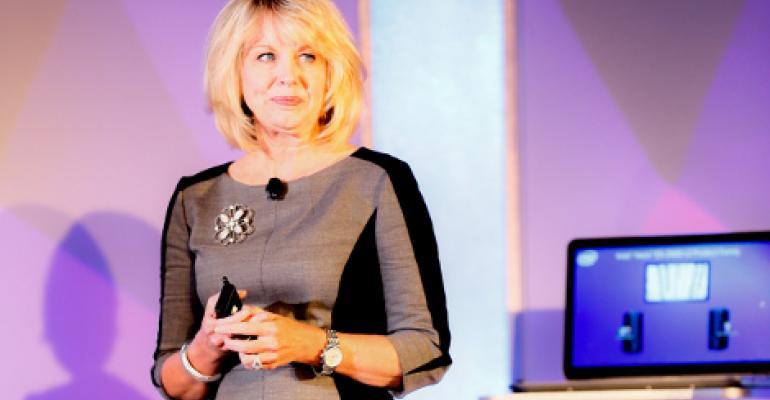 As PC sales continue to decline, it is important for a company like Intel to secure a leading position in the future data center server market

Intel is acquiring server FPGA maker Altera for $16.7 billion to expand its data center chip offerings. In an all-cash deal, Intel will pay $54 a share, a 10-percent premium to Altera’s closing price Friday. Altera's stock has risen over 40 percent since a previous failed offer from Intel a few months ago.

The deal extends Intel’s already enormous data center chip play. "Altera provides a nice differentiation to server offerings," said Gartner analyst Mark Hung. "Intel might not be worried about AMD, but they need to stay ahead of the game."

Hung said Intel's largest customers have both the resources and the technical know-how to develop their own server CPUs. This is a way for Intel to continue to address needs of their biggest customers.

Big web-scale companies like Facebook and Google are already making their own servers, but the fear is that they will start to make their own chips.

Altera makes reconfigurable logic with on-chip memory and DSP blocks for a software defined data center. It is a leader in field programmable gate arrays (FPGAs). FPGAs are programmable logic devices, used in many networking and storage systems, but server FPGAs are gradually making inroads in the market as well.

Intel plans to combine its chips with Altera’s programmable chips, which can be used for a variety of purposes, such as speeding web searches. Microsoft is working with Altera's server FPGAs to accelerate Bing, for example. The Redmond, Washington-based giant has designed cloud servers that support CPUs and FPGAs.

Intel's previous offer for Altera was rejected in April. The new price is reportedly unchanged from the previous deal, however.

Data centers are where the growth in the chip industry is occurring, as the PC industry is seeing slowing demand. Research numbers from IDC show a downward trend in PC sales, while cloud infrastructure is a major growth area for servers. Cloud infrastructure spending is expected to reach $32 billion this year.

Gartner research shows PC shipments have fallen in the last three years, including a drop of over 5 percent in the first quarter of this year. More consumers are relying on tablets and smart phones as main devices.

Intel's own quarterly results illustrate the trends well. Like in all previous quarters in recent years, Intel data center division's sales were up about 20 percent in the year's first quarter, outperforming all other business units in terms of growth. Altera will help Intel boost its higher-margin data center chip offerings, so that it can retain an edge in the data center.

Another influence on the chip market is the Internet of Things, and Altera’s chips are often used for non-traditional functions such as those needed to power increasing diversity of connected devices.

“Intel’s growth strategy is to expand our core assets into profitable, complementary market segments,” said Brian Krzanich, CEO of Intel, in a press release. “With this acquisition, we will harness the power of Moore’s Law to make the next generation of solutions not just better, but able to do more. Whether to enable new growth in the network, large cloud data centers or IoT segments, our customers expect better performance at lower costs. This is the promise of Moore’s Law and it’s the innovation enabled by Intel and Altera joining forces."

Altera will continue to support designs that couple its chips with others designed on ARM Holdings tech.

Other recent big chip deals include Avago Technologies’ purchase of Broadcom Corp for $37 billion, the largest deal ever in the $300 billion semiconductor market, and NXP Semiconductors’ acquisition of Freescale Semiconductor for $12 billion.