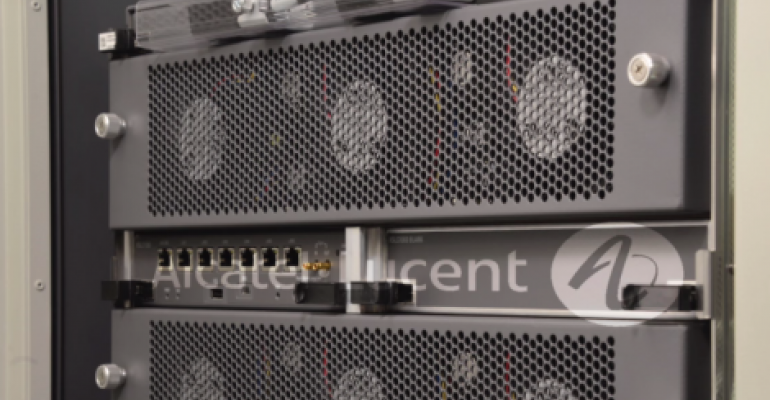 Alcatel-Lucent announced advancements for its undersea cable systems and a technological record for subsea communications. The company aims to extend the reach of unrepeatered submarine cable systems in order to enhance their performance.

Alcatel-Lucent announced advancements for its undersea cable systems and a technological record for subsea communications.

In the Alcatel-Lucent Submarine Networks (ASN) division the company launched the ASN 1620 SOFTNODE platform, which it says is capable of 240 terabit per second transmission on multiple fiber pairs. In an early trial the company says that the new platform demonstrated 12.6 Tbps of data per fiber pair over the Africa Coast to Europe (ACE) system.

The new platform is targeted at replacing legacy undersea platforms, offering larger spectrum and more fiber pairs to serve modern needs. Alcatel-Lucent says the new SOFTNODE engineering allows bit rates to be fined tuned according to each specific application - for example 400G for regional use and 300G for transoceanic transit. It can also support distances up to 14,000 kilometers with multi-PoP (point of presence) to multi-PoP network configurations with multi-degree nodes connected to more fibers, according to the company.

Alcatel-Lucent also announced that it has achieved a record 610 kilometers (approx. 380 miles) distance for 100Gbps subsea communications, using the same fiber for both signal and amplifier transmission. With more than 12,500 miles of unrepeatered cable systems in more than 40 projects that the company has deployed, it says this breakthrough will lead to significant improvements to cable system efficiency, creating benefits for operators in terms of total cost of network ownership.

The undersea cable projects are built to not use repeaters to amplify the signal, and will offer additional capacity and/or complement terrestrial networks to gain resiliency. They can also offer a design capacity of 25 Tbps depending on the system configuration.

Olivier Gautheron, Chief Technology Officer of Alcatel-Lucent Submarine Networks noted that ASN's breakthrough "further demonstrates the application of our own innovation to extend the reach of unrepeatered submarine cable systems in order to enhance their performance to help operators get the most out of their networks and build new revenue streams."