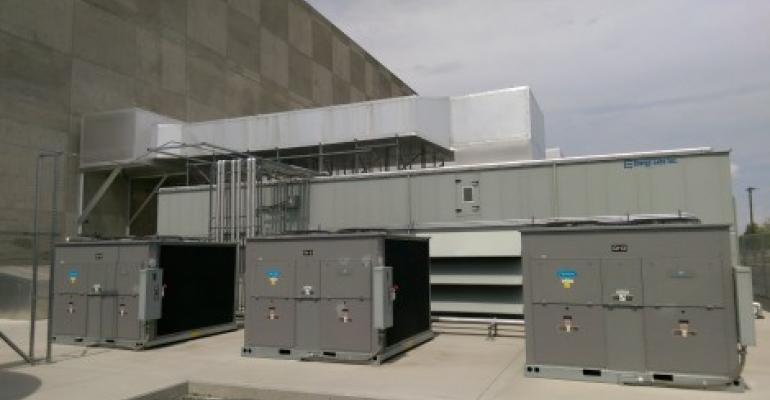 CenturyLink opened a new data center in central Washington State and will tap the abundant hydro-electric power in support of its hybrid IT services portfolio. More than 85 percent of the utility power supplied to the facility is hydro-electric. The data center will have an initial 8 megawatts but will ultimately support up to 30 megawatts of IT load.

The data center is located in Moses Lake, Washington, with electricity supplied in part by the nearby Columbia River. Data centers have appeared all along the river in both Washington State and Oregon. The river and its hydroelectric power are supporting a growing northwest data center scene, one also complemented by low natural disaster risk (lowest seismic rating in the western United States) and friendly sales tax breaks on data center equipment purchases.

In addition to low cost hydropower, the Washington climate allows for significant use of free-air cooling, which drives better Power Usage Effectiveness.

The new facility provides power costs and efficiency metrics that rank among the best in the industry, according to Dave Meredith, senior vice president of CenturyLink.

The Washington data center is yet another example of CenturyLink's recent commitment to environmental sustainability. In Sunnyvale, CA, the company is using natural gas, which may help the colocation provider make its services more attractive to customers that care about powering their infrastructure with clean energy. It also qualified for the climate change tax break in the UK.

There reportedly isn’t a lot of interest in clean energy among typical colocation customers, however, the tide is rising, and CenturyLink is thinking ahead. Very visible renewable energy moves and investments on the part of cloud providers have put data center renewable energy use in the spotlight. In terms of customers themselves, one very recent example is Etsy, which noted the importance of renewable energy when selecting a provider.

Moses Lake is about 35 miles from Quincy, Washington, one of the state’s primary data center markets, and home to Microsoft’s massive campus. Dell and Yahoo have data centers in Quincy, as well as multi-tenant providers Vantage Data Centers, and Sabey, which recently kicked off construction of a second massive Quincy data center.

“The central part of Washington State is one of the geographies in which I see substantial potential for further growth as a data center hub,” said Kelly Quinn, research manager with IDC, in a press release.

CenturyLink continues to expand both in North America and internationally. It recently partnered with NextDC to enter the Australian market and built its first cloud center in Asia.

The company is expanding its services in addition to footprint. CenturyLink grew its managed database offerings through acquisition of NoSQL Database-as-a-Service Firm Orchestrate in April. It acquired cloud disaster recovery provider DataGardens in late 2014.