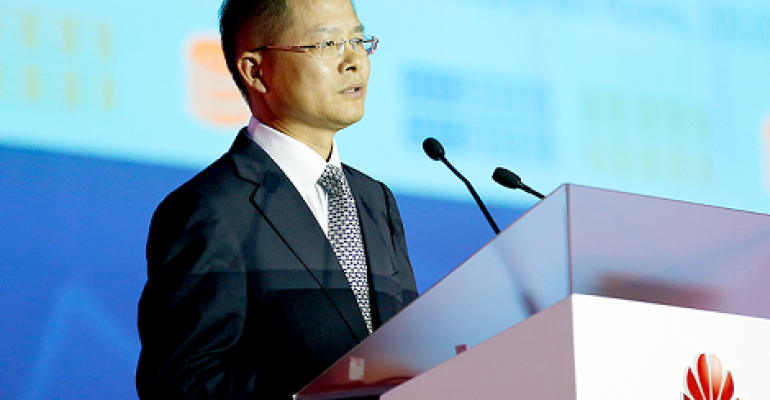 The public cloud computing market in China has maintained growth rates of over 40 percent, according to a report by tech research firm IDC, making it a logical choice for expansion, at least within the Chinese market. “Huawei has run into difficulties in its plans for global expansion in the past because of concerns in some countries, particularly the US, over whether the company has links to the Chinese government and could be a security risk,” according to the South China Morning Post.

Over half of Huawei’s investment will be spent on research into 5G technology. Chief marketing officer Yan Chaobin said at the summit that they plan to introduce commercial 5G networks by 2020.

The company released its 2015 Global Connectivity Index on Tuesday as well. This report benchmarked 50 economies in terms of connectivity, ICT usage, and digital transformation. With China ranking 23rd, it makes sense that Huawei would want to focus attention in that market and especially on improving the existing network. The Asia Cloud Computing Association released a report in March stating that future growth in the APAC region is highly dependent on better, more stable infrastructure.

Alipay recently reported tremendous growth in mobile ecommerce in China and a Gartner report expects overall IT spend that grew 14 percent in 2012 to continue. Although this area represents an area ripe for growth in the internet services industry, service providers will need to be wary of legislation that requires companies to share source code with the Chinese government.

Although the proposed legislation is currently on hold, other revelations that may be reasons for pause continue to arise. For example, it recently came to light that China has the capability to target IP addresses with malware and continues it’s censorship initiative with DDoS attacks on GitHub.

This first ran at http://www.thewhir.com/web-hosting-news/huawei-plans-public-cloud-launch-china-investment-5g-research