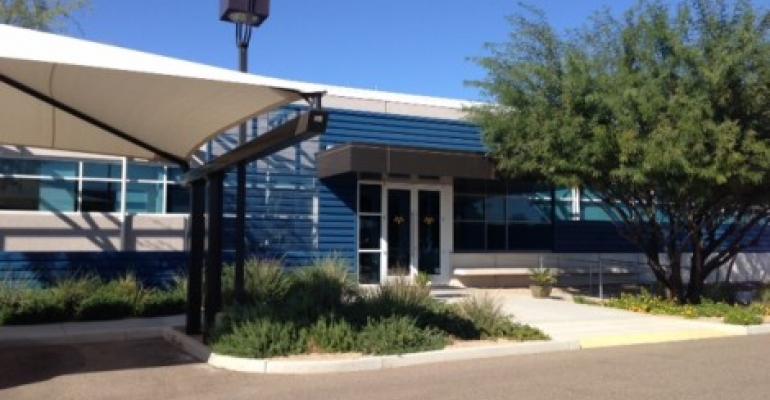 It's not about rising densities, it.s about rising variability. ViaWest official says the company designs to allow flexibility while making sure quality is maintained as it builds incrementally.

Design for flexibility and build incrementally in way that ensures quality remains or goes up as you near completion, said Dave Leonard, chief data center officer at ViaWest in a Monday Data Center World presentation.

When designing data centers, tension exists between quality, cost, and energy efficiency, he said, and design is about managing the tradeoffs.

“Think of stretching a rubber band across contradictory design objectives," said Leonard. "In the average corporate data center, it’s very high quality, but cost and energy efficiency pulls back in. The social media guys started focusing on cost and energy efficiency but the quality suffers. They don’t need quality because their apps can sustain failures, so they’re able to do things that most enterprises can’t.”

Quality is referred to in the traditional sense. Fault tolerance is done differently today than traditionally. “The old way was duplicating everything,” said Leonard. “Everything is half loaded, so you sacrifice on energy efficiency."

Leonard said that ViaWest’s design is centered on allowing flexibility across several variables to accommodate diverse needs. “The form factor will change significantly, but the macro trend of rising densities will be more consistent," he said. "Customers want different volatages, mechanisms, etc.”

Customer needs are diversifying on the whole. In order to allow this flexibility, ViaWest takes a different approach to building incrementally.

The way the company builds in phases means it first delivers half the total space with minimal infrastructure to support, so it only has to worry about adding capacity going forward. In this approach, the other space can be divorced from the infrastructure if customers simply aren’t demanding the density.

“It doesn’t look like equal pods,” said Leonard. “We don’t want to tie infrastructure to data halls. You’ll run out of floor space and/or power.”

In a traditional data hall approach, infrastructure and space are married, which gives rise to complications if that space isn’t used in the way you expected it to be. In colocation, the likelihood is very high that the data center will not consist of uniform racks.

“That ability to play Tetris is important in colo,” said Leonard.

The old enterprise approach to quality described above was to duplicate everything. Rather than 50 percent utilization in an A+B configuration, in Viawest’s design 12 megawatts supports 9 megawatts in round-robin-style UPS. From a rack perspective, the customer still has that redundancy; only in this setup, one rack can be A+B, while the next is A+C.

The downside is the setup requires a lot of time and attention, said Leonard. The UPS design saves from having to purchase more but means more time and care is spent ensuring it’s configured properly.

Leonard is a big proponent for a standardized data center design that allows as much flexibility as possible. That flexibility means that phasing looks a little different than the standard incremental build-out.

The ability to react to what a customer needs is important. But Leonard also spoke of the importance of standardizing and replicating. Data center design needs to be flexible but consistent. However, you can’t standardize from a geography and environmental standpoint, so ViaWest doesn’t completely mimic the design in each market. The same data center in different states needs different approaches.

The next two data centers for ViaWest will be in Oregon, which employs that standard design, and in Calgary, which doesn’t. Calgary is going off a different script because it is a different size than the rest.

There’s a tradeoff when you consider making design changes and that tradeoff has to be compelling. “Perfect is the enemy of good enough,” is Leonard’s mantra.