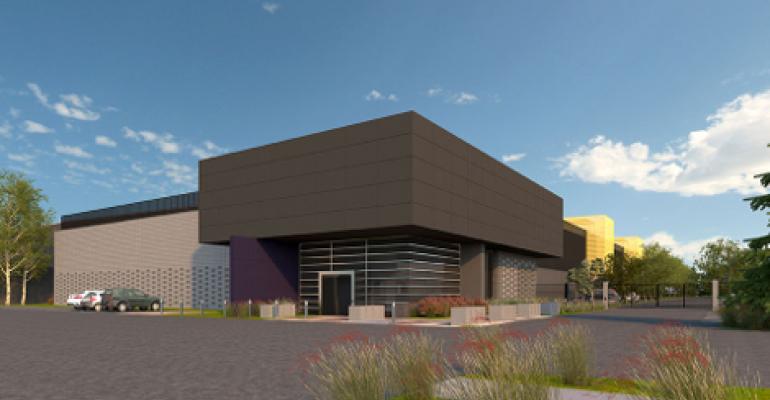 NTT Communications, subsidiary of the Japanese telecommunications giant NTT Group, is bent on becoming one of the dominant forces in the global data center market. There is now substantial NTT data center presence in nearly all major markets around the world and continues to expand this footprint aggressively.

NTT is huge but remains relatively unknown in the North American market, where it nevertheless has serious ambitions. Its subsidiary NTT America has had a data center business in the U.S. for years, but NTT Com made a big push to expand in the market in 2013 by acquiring an 80-percent stake in major U.S. data center provider RagingWire for $350 million.

RagingWire recently launched a massive third data center at its campus in Sacramento, California, the company’s home base. The 180,000-square-foot facility provides 14 megawatts of power and 70,000 square feet of data center space.

The two other data centers on campus are “virtually sold out,” Doug Adams, RagingWire’s chief revenue officer, said. Some of the more well-known tenants at the site include StumbleUpon and, reportedly, Twitter.

RagingWire has been able to expand in Sacramento and at its East Coast site, in Ashburn, Virginia, thanks to investment from its new parent company. NTT is also investing in expansion at the East Coast campus and simultaneously in eight more locations around the world, Motoo Tanaka, senior vice president of cloud services at NTT Com, said.

Those other locations are in the U.K., Germany, India, Hong Kong, Thailand, Indonesia, and Japan. Until only a few years ago, most NTT data centers were in Asia, the bulk of them in Japan, Tanaka said. But the emphasis now is on becoming a global player, which it has been pursuing mostly through acquisition.

The company moved into the Indian market with a bang in 2012, acquiring a 74-percent stake in Netmagic Solutions, which had data centers in Mumbai, Chennai, Delhi, and Bangalore. It followed that deal with the acquisition of a massive data center in Thailand.

While NTT has a slew of managed hosting and cloud services, the strategy is to lead with colocation and sell the other services to colo customers if they need them, Tanaka said, acknowledging that it would be difficult for a less-known company like NTT to compete with the likes of Amazon, Microsoft, or VMware on cloud services alone.

“We are not so well-known, like Amazon, but we are now providing fairly good cloud services, and maybe we can ask the customer to combine our cloud with their own data center and also, in some cases, other cloud services,” he said. “I’m not number-one – I understand that clearly – but I can be part of the [cloud] world.”

That’s also a reflection of the company’s legacy. It has been in the data center services business for about 15 years now, while its cloud business is only three-to-four years old.