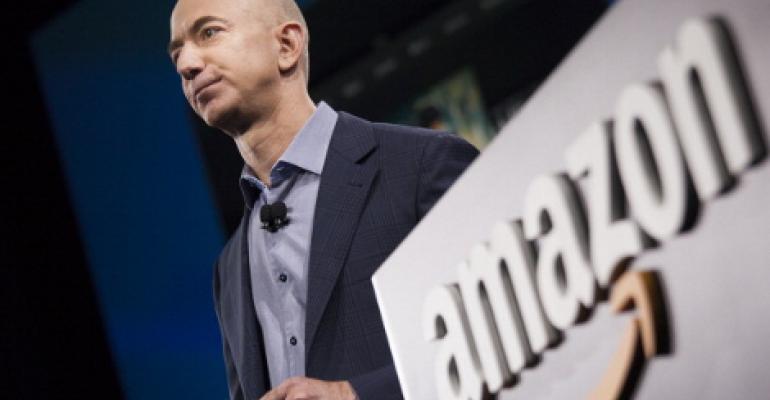 SAN FRANCISCO - You often hear experts talk about hybrid IT infrastructure, a combination of in-house data center resources and cloud services hosted by outside providers, as the ultimate enterprise IT setup that enables a company to leverage the benefits of cloud’s agility but retain the control of on-premise infrastructure.

Stephen Orban, head of enterprise strategy at Amazon Web Services, however, painted a very different vision of the future during his opening keynote at the company’s conference in San Francisco Wednesday. Hybrid infrastructure does have a role to play in that vision, but the role is transitory. It’s not the end goal.

The ideal goal for AWS is for every single function supported by enterprise data centers today to be offered by Amazon as a service delivered out of its data centers. In that vision, the role of hybrid is simply to smooth the transition and let customers’ existing infrastructure investments reach their natural end of life. “Most large organizations have existing IT investments that haven’t yet fulfilled their life,” he said.

Why? According to Orban, AWS can provide those functions cheaper and faster, leaving enterprise IT teams with more free time and resources to add value to the organizations they support.

And the company has been busy fleshing out its portfolio of enterprise services to make sure it supports the full range of enterprise data center needs. “Nowhere else can you find an inventory of IT solutions this large,” Orban said.

AWS now has services that support business applications under the purview of CTOs, corporate apps overseen by CIOs, and end-user IT services that are run by people in top IT support roles in the enterprise. Underneath them are of course the Amazon cloud division’s bread-and-butter Infrastructure-as-a-Service catalog, and everything is secured and controlled by a series of information security services.

Examples of the business apps are things like Elastic Beanstalk and Lambda, which help with infrastructure management, or SNS and Mobile Analytics, which make it easier to provide mobile applications. Examples of corporate applications are things like mail and docs, and the end user computing portfolio includes things like cloud desktops and AppStream, a service that lets you deliver Windows applications to user devices out of Amazon data centers.

Amazon’s strategy for tackling the enterprise data center market extends beyond simply replacing functions currently handled in-house with services. That, like hybrid, is part of the transition and followed by a new version of the IT organization, where business application, corporate application, and end-user computing functions are joined by DevOps, the function of ensuring the IT infrastructure is responsive to quickly changing needs of enterprise software developers.

The company has also set up a professional services organization to guide enterprise IT users through key decisions about replacing existing functions with cloud services or adding new ones.

AWS is not alone in its pursuit of the massive annual enterprise IT spend. And it is massive. In January, Gartner estimated worldwide IT spending in 2014 to have been about $3.7 trillion and forecasted it would reach $3.8 trillion this year.

Companies spent $141 billion on data center systems in 2014, $317 billion on enterprise software, and $956 billion on IT services.

Growth in server and data center storage systems purchases has slowed, which Gartner attributes to longer replacement life cycles and a higher-than-expected rate of switch to cloud services.

Competing with AWS for the portion of total spend being diverted to cloud services are other internet giants like Google and Microsoft, as well as enterprise-IT mainstays like IBM and VMware. Companies building private OpenStack clouds on their own or together with OpenStack vendors are also a growing source of competition, and the likes of IBM, HP, and Dell are happy to enable users to build their own cloud infrastructure using the open source architecture.

Nobody of course knows exactly what the future of enterprise data centers is going to look like. Whether most companies will eventually hand the business of operating IT infrastructure over to service providers like Amazon entirely or find that the hybrid approach is best for them is hard to predict.

But the approach Amazon has taken is a holistic one. Trying to offer a cloud-service alternative to every enterprise data center function in existence, the company wants to be ready to become the one-stop enterprise IT shop if the need arises.