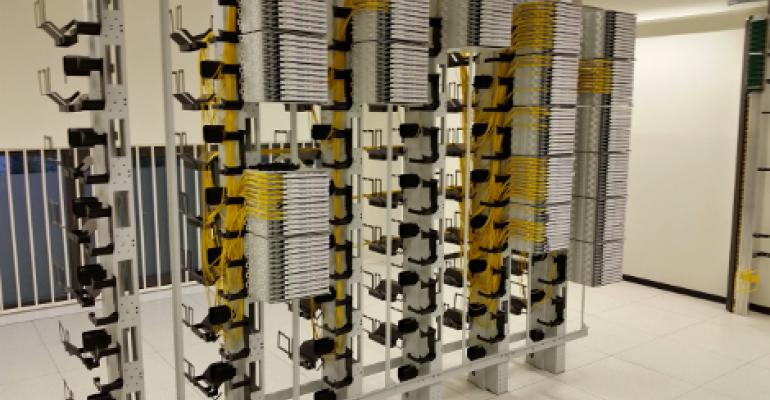 IIX, operator of a global software-defined interconnection platform, has acquired global interconnection provider IX Reach -- the young company's second acquisition. Combined, the companies have 150 Points of Presence (PoPs) worldwide. Terms of the acquisition were not disclosed. However, IIX did announce that it had raised an additional $20 million in financing.

IIX and U.K.-based IX Reach are coming together to build a large global intelligent footprint. In addition to PoPs, IIX's focus has been largely on its platform, which provides simple, secure and programmable direct network connections through software. The platform was built for SDN from day one, according to IIX CEO Al Burgio.

The two companies were competitors in the interconnection space, but their footprints complement one another.

“Both companies were competing, but from a geography standpoint, they’re in England and we’re in Santa Clara,” said Burgio. “There’s very little overlap in terms of footprint, of only 10 PoPs. There's no fat in this acquisition.”

IX Reach greatly extends IIX’s physical reach for its software interconnection platform, which eliminates the manual labor of network configuration. IIX wants to make international network peering simple through distributed and interconnected Internet Exchange Points (IXPs). Its platform enables customers to connect to leading IXPs via a single interconnection from anywhere in the world with a simple user interface that connects with clicks.

IX Reach is a top partner to various leading Internet Exchange Points.“We’re already a well-established specialist in remote peering and number one partner in all the exchanges,” said Stephen Wilcox, IX Reach CEO and founder, and now IIX's president of EMEA and chief of global networks.

Prior to IX Reach, Wilcox served in various senior roles with such companies as Google, Renesys, Telecomplete, and U-NET.

A four-year head start for IX Reach in terms of expansion means IIX gains a presence that would have “taken years to accomplish organically,” according to Burgio. "While we’ve been making a significant investment in growing the company organically, this was a no brainer,” he said.

IIX’s first acquisition was Allegro Networks. It came last year following its Series A funding. Allegro brought its network automation platform and 30-plus additional network PoPs in the U.K. into the IIX fold.

There is increasing interest and buzz around both interconnection and software-defined networking in the enterprise world. Programs like AWS Direct Connect are showing the market the importance of letting the enterprise connect directly to cloud, said Burgio.

“We’re seeing a lot of validation, more and more each passing week,” said Burgio.“The enterprise is embracing this technology to directly connect to partners." The company has not participated in the interconnection universe in the past.

In late 2014, Google Cloud Platform launched Interconnect, a product similar to AWS Direct Connect. IIX was one of a handful of partner companies mentioned by Google at their event.

A big hurdle is a lack of enterprise skillsets in the interconnection universe, which IIX hopes to address by making it super simple. Interconnection, and connectivity in general, has a growing profile as the importance of connectivity rises in the cloud and content worlds.

“We recognize that there is a lot of complexity out there for the enterprise,” said Burgio. “Businesses don’t have time for complications. The solution for better Total Cost of Ownership (TCO) includes professional services. We’re placing a heavy focus on innovation, not just the ease of needing a global network, but also helping support them with technology that extracts a lot of complexity.”

The $20 million in financing comes from TriplePoint Capital. It will help IIX continue to grow both organically and inorganically. Burgio said the company has a strong footprint in North America, Europe, Middle East, and Asia Pacific, in that order. If another acquisition is in the cards, there's a good chance its aim will be to speed up growth in the Asia Pacific region.