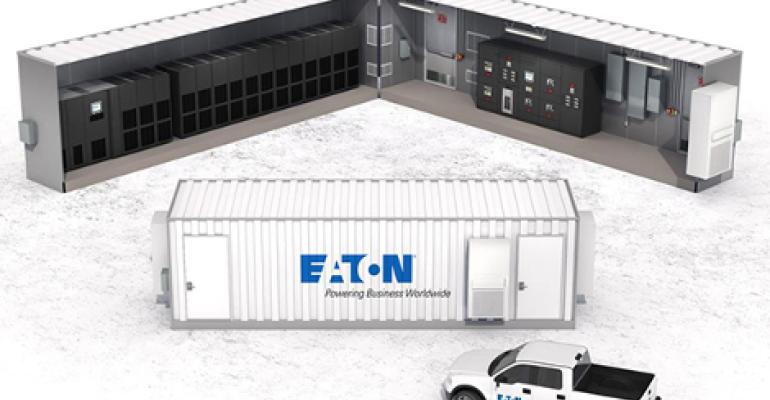 Pre-fabricating or pre-packaging as many data center components as possible at a remote factory before shipping them to an actual data center location has been a common approach for vendors involved in data center construction or expansion projects to shrinking the time it takes to get a data center up and running.

A handful of vendors have packaged a whole data center in a pre-fabricated module or container. Some have done so just with the electrical equipment or with cooling gear – systems that would otherwise take longer to ship to the site and assemble piece by piece.

The UPS used in all three packages is Eaton’s Power Xpert 9395.

The company said the packages can be installed up to three times faster than the traditional piece-by-piece approach. Eaton is also promising savings of $50,000 to $75,000 per UPS modules via lower contracting costs and materials.

“These solutions allow early adopters, such as multi-tenant data centers, government sites, and hyper-scale facilities, to advance to the next level of prefabricated deployment,” Philip Fischer, global data center segment manager at Eaton, said in a statement.

Corrected: The article mistakenly stated that Eaton had a modular data center called SmartMod. SmartMod is an Emerson product. DCK regrets the error.