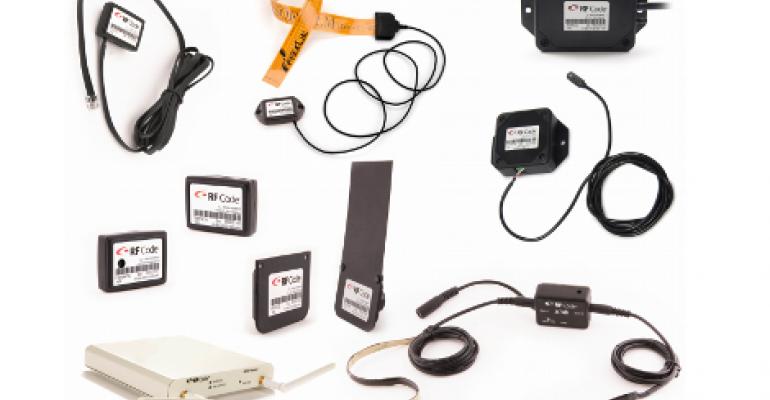 RF Code's Evolution to Internet of Things in the Data Center

Market forces like DCIM, Internet of Things, and cloud have deeply influenced the company primarily known for RFID asset tags. It's been a year of change for product, people, and now pricing.

Once known primarily for its asset tags, RF Code is shifting its focus to software with the hope that all the data collected by its RFID tags can provide further insight to customers without complicating its simplicity.

RF Code already has good data center market penetration with 3 million of its RFID tags tracking assets in dat centers in January. The transition into software better positions the company for the new generation of data centers.

Last year, RF Code’s new CEO Ed Healy said that the company was shifting its strategy, with Healy positioning the company as an Internet of Things for data centers play. The company is in the process of transitioning people, products and messaging. Now the business model is following in tow.

“We’ve had more and more pressure over months and years, but the squeeze on capital expenditure affects the data center more than any other part of the organization,” said Richard Jenkins, vice president, Worldwide Marketing & Business Development. “If that could be moved to an operating expense model, then data centers will be able to do more.”

The overall evolution has not been easy. RF Code is essentially building an entirely different business because developing software is a much different game. While the company has certainly grown, it is dependent on many partners and relationships and recognizes that it must tread carefully.

Since RF Code asset management is one of the more popular integrations in DCIM suites, a shift to software means it will move deeper into this very valued partner channel and likely step on a few toes.

Have there been hurt feelings or toes stepped on as RF Code pushes into software?

“Yes, I’ll be honest,” said Jenkins. “In some instances it has. But we are still very much a partner company. By no way shape or form will we take away the ability for RF Code to integrate and play a role in data center management suites. If we took that away, customers would suffer and we gain nothing.”

The company launched a new version of asset management, which Richard Jenkins said is very much competitive in the DCIM space.

Analysts are increasingly classifying the company as a DCIM provider, given its key role in asset management and growing role in the full DCIM picture.

“Where we’re making a lot of headway is when we’re being compared to other DCIM vendors,” said Jenkins. “This is literally something you can have up and running, you can have dashboards and reports in a matter of hours. Other providers are very open about the fact that DCIM is a long term consulting engagement.”

The OpEx model means a data center can get up in running with RF Code in short order without any capital expense. One of DCIM’s struggles has been convincing data centers to undergo the initial, often long setup, and to invest upfront in DCIM. In this sense, it’s not encroaching on DCIM territory.

The move to software has extended its monitoring, asset lifecycle management, statistical analytics and predictive modeling capabilities. RF Code shows who owns what asset, where it is in the depreciation cycle.

“What’s new is the lifecycle management process has been automated,” said Jenkins. “You could have done it before, but it was a lot of manual work."

Last month, the company launched Asset Manager 4.0 for Data Centers, the newest iteration of Data Center Management Platform provides workplace Internet of Things that spans some of the barriers between data center management and management of the workplace environment.

“People’s actions in the workplace can trigger something systematic to happen,” said Jenkins. “You walking through an office building with RF code-enabled name badge can trigger system changes. Lighting, air conditioning, or the association of IT resources can change based on who’s in the building. It truly makes the building morph to how the people in it are wanting to work as opposed to just as a rigid environment.”

Another recent product called Asset Management as a Service is RF Code tuned for colocation providers. AMaaS is a revenue generating service that colo providers can offer to enterprise customers wanting more remote IT services for their colo deployments.

Cloud and software-defined technologies have had a wide sweeping influence on the industry at large, and RF Code is showing the asset tag business is not immune to change.

A shift to OpEx business models isn’t uncommon; nor is a bigger emphasis on software, or extending beyond what you’re primarily known for. CommScope used to be known as a cable management company, kicking DCIM into high gear by acquiring iTRACS. Schneider Electric has increasingly focused on software in addition to its data center wares. Eaton has increasingly used software to unify its power management products into a unified solution. The same was inevitable for the asset tag provider.

Change has so far been organic. Jenkins hinted at inorganic change coming but did not elaborate. Expect the company to look into acquisitions to speed the evolution into the new direction along.