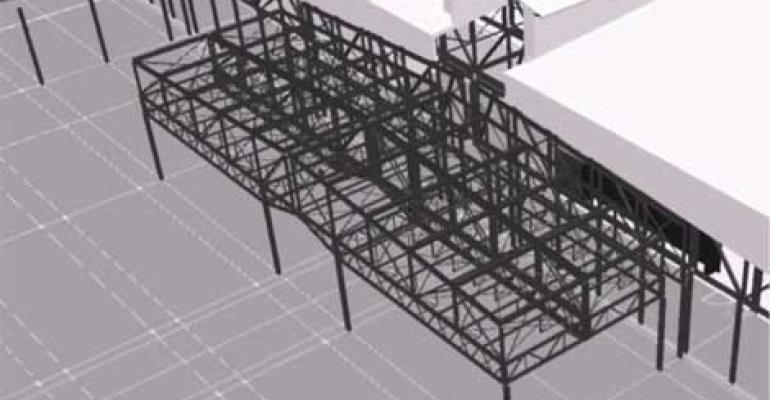 Facebook&#8217;s prefabricated &#8220;chassis&#8221; are shipped to the data center location and installed in a grid fashion (Image: Facebook/Open Compute)
Design

A U.K. engineering company has filed a lawsuit against Facebook, accusing the social network of using its proprietary data center designs and promoting their public use through its Open Compute Project, IDG News Service reported.

BladeRoom Group filed the lawsuit in a federal court in San Jose, California, alleging that Facebook had stolen its intellectual property when it used the approach of using pre-fabricated modules to build its Luleå, Sweden, data center.

Facebook was very vocal about the data center design and construction methodology it called “Rapid Deployment Data Center.” The idea was that a massive data center could quickly be deployed anywhere in the world if all of its major components were pre-fabricated at a factory and shipped to the site for quick assembly.

Emerson Network Power was one of the key suppliers of modules for the Luleå facility. The two companies said last year Emerson was going to provide modules such as power skids, evaporative cooling air handlers, a water treatment plant, and data center superstructure modules.

Facebook’s second Luleå data center would be the first site to use the approach.

BladeRoom started under a different name more than 20 years ago as a company that provided modular buildings for commercial kitchens but later added hospital operating rooms and technical complex facilities to its portfolio. It rebranded in 2008 and changed focus to data centers.

In 2013, it partnered with U.S. company Modular Power Solutions to form a U.S. subsidiary that would manufacture modules at a factory in Michigan.

In its lawsuit BladeRoom claims that it had approached Facebook’s infrastructure team about using its data center design concept in 2011. The U.K. company’s representatives said they may have remained silent about “Facebook’s misdeeds,” had it not started “to encourage and induce others to use BRG’s intellectual property through an initiative created by Facebook called the ‘Open Compute Project’.”

OCP is a Facebook-led open source data center and hardware design initiative. Its members include companies such as Microsoft, Apple, Goldman Sachs, Fidelity Investments, Capital One, Cisco, and HP, among many others.