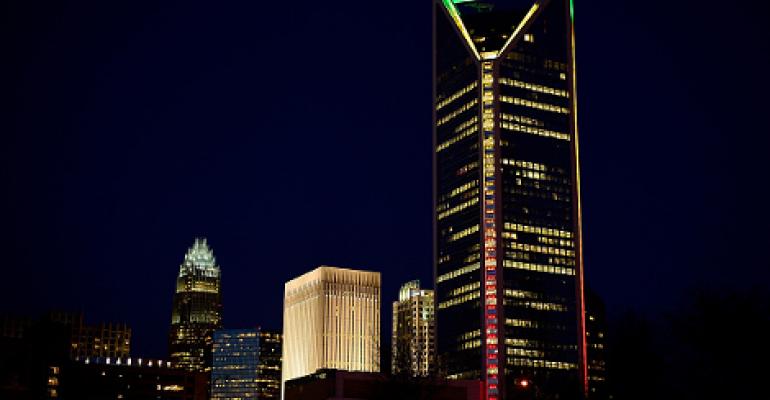 Data center infrastructure is costly on its own, but there is also the additional cost of carbon emissions associated with the enormous amount of power data centers consume.

All big U.S. companies have been under pressure to reduce carbon emissions associated with their operations in recent years. Many of them have looked to data center consolidation as one of the main ways to reduce their carbon footprint.

San Francisco-based Wells Fargo, the fourth-largest bank in the U.S., has been doing just that. The company has been consolidating its data center infrastructure since 2009, when it merged its IT functions with Wachovia National Bank.

Wells Fargo acquired Wachovia during the economic collapse of 2008, interrupting what was going to be a government-arranged Citigroup takeover of the troubled Charlotte, North Carolina-based bank, meant to prevent it from failing.

“We estimate that our efficiency has increased 70 percent from mid-2011 to today,” Culver wrote. “Our mainframe environment takes less than half the power that it did just two years ago, yet has more processing capacity.”

Wells Fargo has gone from less than 4,000 virtual machines running in its data centers to about 30,000 now. That, coupled with spinning up more than 21,000 virtual desktops, has reduced the amount of facilities space by more than 18 percent.

Culver expects to close 11 percent more of the data center portfolio over the next two years, which would bring it to two-thirds of what it was in 2009, when its infrastructure was merged with Wachovia’s.