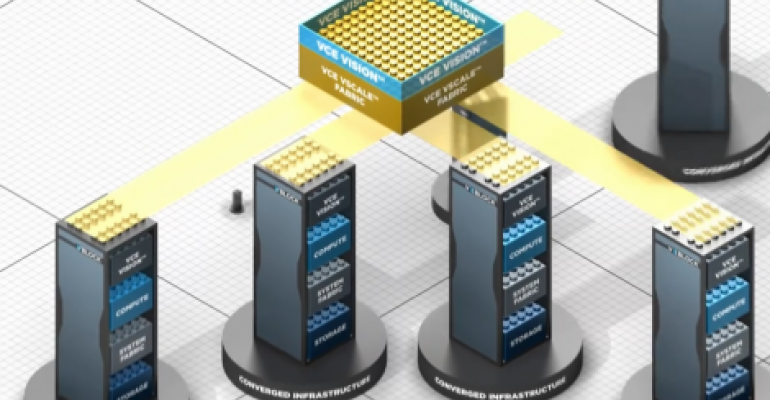 The latest update to the latest VCE converged infrastructure is architecture in support of scaling out. (Source: VxBlock promotional video)
Design>Hyper-convergence

VCE’s converged infrastructure offerings have expanded with a new line of appliances called VxBlock Systems. It features software-defined networking platforms, with the choice of either VMware's NSX or Cisco's ACI. The architecture in general has been tuned to scale-out and scale-up with better management of multiple appliances.

In essence, Intelligent Operations meshes multiple converged appliances with the ability to monitor the whole with unified intelligence.

"VCE's mission since inception has been to free IT organizations from expending resources and efforts managing infrastructure so they could deliver next-generation services to their end users," said Praveen Akkiraju, CEO of VCE, in a press release. Akkiraju said the new set of platforms and solutions is just the first phase of major expansion for the portfolio.

In the same release, Mark Bowker, senior analyst for the Enterprise Strategy Group, said the enhancement provides “an open-door design and ways for IT professionals to invest in VCE-enabled, software-defined data center solutions that provide strategic longevity."