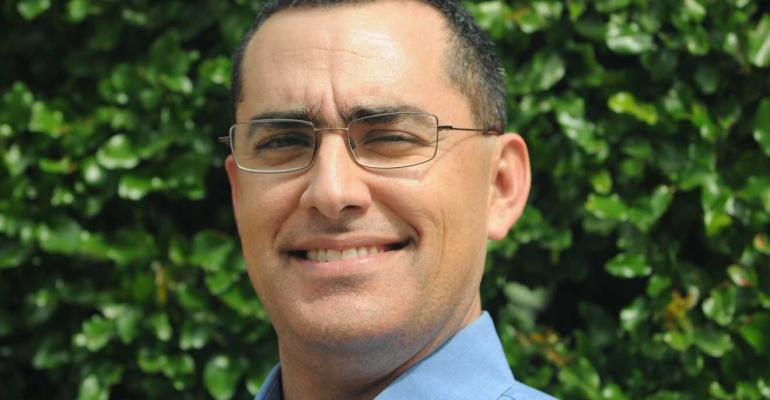 The Data Center World Global Conference and Expo will include many topical sessions, which will cover issues and new technologies that data center managers and operators face, including how big data and the Internet of Things are impacting data centers.

Big data just keeps expanding and expanding. Science Daily reported in 2013, a full 90 percent of all the data in the world was generated over the previous two years. Jorge Balcells, Director of Technical Services, Verne Global, noted that with 2.5 billion Internet users worldwide, and with about 250 million users in United States alone, the level of users has exploded, particularly in the last decade.

The number of devices and appliances of all types connecting into the Internet, as well as devices generating data, from our Fitbits to our phone cameras, the future potential for data generation leads to exponential increases in demand for compute and storage.

How does this impact data centers? That's the topic of Balcells's presentation at Data Center World Global Conference and Expo next month. The conference's educational tracks will include many topical sessions, covering issues and new technologies that data center managers and operators face.

Balcells said he said his key points are around questions data center managers and operators should be asking, such as "Is the electrical infrastructure we have today (that is from years ago) able to cope with all data generated today? Can we cope to provide enough power?" This leads to the next consideration: "Do you know where you get power to run your data center today? And in 5 or 10 or 15 years?"

To support today's needs of compute and storage, "we need to have power that is abundant, reliable, renewable, and energy efficient," he said.

There certainly is agreement in the industry that growing data demands leads to greater power demand and costs. Verne Global, located in Keflavik, Iceland, has built its strategy around accessing renewable, reliable and cost-effective power. Balcells is uniquely positioned to lead a discussion of power considerations and their impacts on data centers.

The financial perspective on power is vitally important. As data center managers look into the future to plan costs, how does one calculate what power pricing is going to be when you don't know what the future holds?, Balcells asked.

The power costs a huge impact on data center facility location today. When one looks at the market trends, the common denominator is “price of power," said Balcells.

"You see today, that people are not locating new data centers in large metro areas. In the last ten years, data centers are moving away from population hubs, and toward remote areas, such as the Pacific Northwest of the United States, areas such as Washington State, Oregon, and even Utah," he noted. "Globally data centers are being located in the Nordic regions, including Iceland."

For example, he said that Facebook built a data center in Sweden where the power grid is ultra-reliable, and Google went to Finland. For Google's Finnish facility, the power will be coming from renewable sources, starting this year. (Previously reported by DCK: Starting in 2015, the Google data center in Hamina will be primarily powered by wind energy via a new onshore wind park. The company will sign additional agreements as it grows to power the data center will 100 percent renewable energy.)

This kind of power sourcing and reliability is not currently available in the United States. "For example, the Bay Area is not sustainable. There’s not the power nor the reliability there," Balcells said.

The other benefit of Northern climates is the lower cooling demand. "Of a data center's overall cost, cooling cost is 30 to 40 percent of the power costs," he said "Data centers are looking to locate in locations where there is a cool climate year round." This reduces the need to generate cool air (either through conventional cooling units or through evaporative cooling) to reduce the intake temperatures of the servers.

The electrical infrastructure that we depend upon 24/7/365 is not all that reliable. Balcells said that society quickly forgets the issues with power reliability. He cited Superstorm Sandy and the Northeast Blackout of 2003 as massive disruptions to the power grid.

To find out more about how big data and the Internet of Things are impacting data centers, you can register and attend the session by Balcells at spring Data Center World Global Conference in Las Vegas. Learn more and register at the Data Center World website.