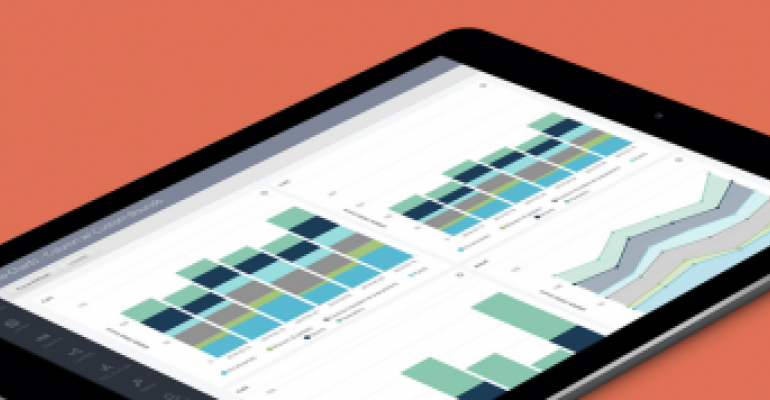 Evolution in BI tools needs to catch up with revolution in the infrastructure, Looker's CEO believes

Looker believes that business intelligence (or BI) needs to evolve to address modern data needs. The company views itself as a provider of tools that allow data analysts to create and curate custom data experiences from modern and big data—a web developer for BI, if you will—using a unique data description language called LookML for data modeling.

A curated view means anyone can interpret and act on live data, helping to create a data-driven culture rather than limiting BI to a select few. The big emphasis in the BI space has been on self-service visualization, but Looker CEO Frank Bien believes it has been somewhat tapped-out at this point.

“Organizations are going after much bigger data,” he said. “We saw there was this big evolution in BI tools, but an even bigger revolution in the infrastructure—the ability to collect and store large amounts of structured data.”

With the proper tools, the result is organizations become very data, and collaboratively data driven. Bien argues that while organizations have been able to deploy really large data infrastructure quickly (think Amazon Redshift, Google BigQuery), no solution existed to explain all of the data being stored.

The message has resonated with customers. The company grew 400 percent in 2014, surpassing 250 customers, a sizable number for a BI provider. Customers include very data-driven organizations like Yahoo!, Warby Parker, Gilt Group and Docker. Bien said that the company started with tech-oriented type companies and extended into e-commerce and enterprise. It has since bit into the lion’s share of the market historically owned by the likes of BusinessObjects and Cognos.

After a $16 million round raised in summer 2013 earmarked for building out the rest of the product, growth investor Meritech is ready to make a big global push designed for rapid scale and growth phases.

“At Sapphire Ventures we focus on identifying and accelerating transformation in enterprise IT. Looker is clearly set up to challenge and transform the established BI industry, helping entire companies become data-driven through transparent access to data, a powerful analysis environment, and unrivaled support.”