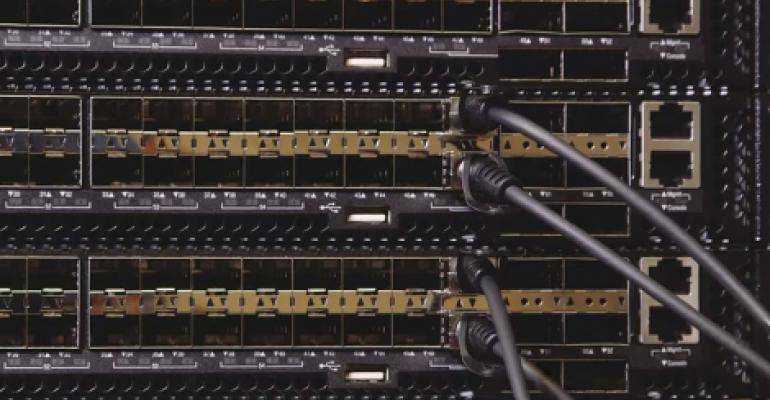 The Santa Clara, California-based company announced today that OCP has accepted its Open Network Linux OS as a “reference network operating system.” OCP is holding its annual summit in San Jose this week.

Numerous vendors have introduced so-called “bare-metal” switches to the market recently. These are switches that are not closely coupled with specific network operating systems and network management software. They are pitched as a less-expensive alternative to closed, proprietary hardware-and-software bundles incumbents like Cisco, Juniper, and HP, among a handful of others, have been shipping traditionally.

A few companies, such as Big Switch and another one called Cumulus Networks, have sprung up seeing the trend as an opportunity to create and sell software for bare-metal switches.

Seeing the writing on the wall, some of the “incumbent” network vendors have announced data center switches that don’t necessarily ship with their own software. Dell said it would start shipping switches with Cumulus OS or with a Big Switch OS last year; Juniper announced a “white box” switch that can run any open network OS in December; HP announced plans to ship a commodity switch with Cumulus OS this February.

Companies like Facebook and Google have been designing their own hardware and going directly to manufacturers in Taiwan and China. They have used this approach to procure servers first, but now also networking hardware.

Facebook announced its first switch design, called Wedge, last year, and this February the company unveiled another design, called Six Pack, which relies on the design concepts introduced in Wedge. Facebook said it was planning to contribute the Six Pack design to OCP as well.

There are currently six hardware switch specs in OCP, and at least four of them can be ordered. The specs are by Accton, Alpha Networks, Broadcom, Mellanox, and Intel. There are also four network software specs, including the Linux network OS by Big Switch.