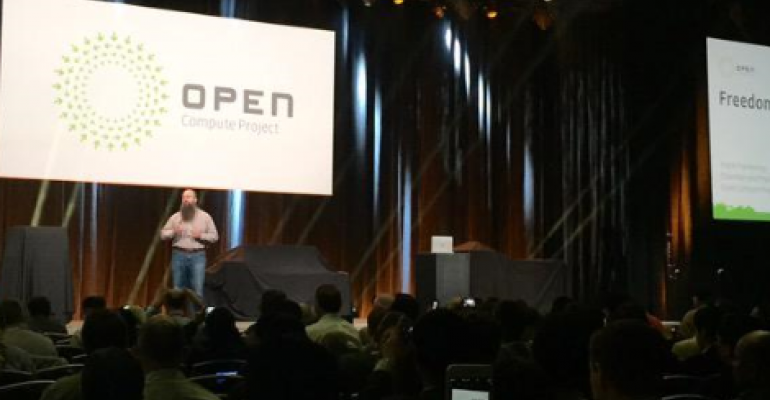 Apple has officially joined the Open Compute Project, the Facebook-led open source hardware and data center design initiative, after being involved in it quietly for some time.

While the company is known primarily for its consumer devices and iTunes, it also has a massive data center infrastructure that supports its online services. Companies that operate large data centers benefit from designing their own hardware, and OCP has become a beachhead for the community of vendors and end users that support this approach.

Frank Frankovsy, chair and president of the OCP Foundation, announced the addition of Apple to the list of members during the opening keynote of the foundation’s annual summit in San Jose, California. “Apple has been involved in this project quietly for a long period of time,” he said. “They have excellent infrastructure engineering people.”

Apple wasn’t the only new OCP member announced Tuesday. Others who joined include end users, such as Bank of America and CapitalOne, as well as vendors, such as HP, Cisco, Juniper, and Schneider Electric.

OCP members have been using the project to develop hardware designs based on open specs and designs that are open sourced through the project.

For end users, the benefit is not only the ability to get custom hardware but also to have multiple vendors supply the same products, which ensures supply and brings down the price. For vendors, the community has been a way to get engaged with data center operators the size of Facebook, Microsoft (which joined last year), and now also Apple.

HP announced at the summit its first line of commodity servers for hyperscale data centers such end users operate. The new Cloudline servers are compliant with OCP.