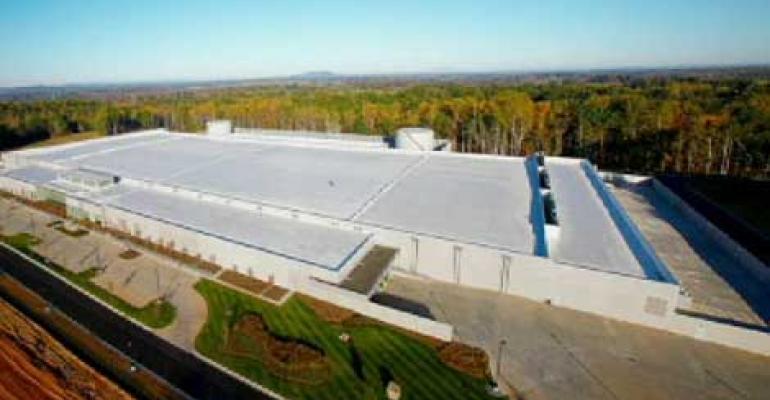 Apple to Spend $2B on Two Massive European Data Centers

New data centers in Ireland and Denmark will be powered entirely by renewable energy.

Apple will undertake its biggest European data center project to date, investing around $1.9 billion on two massive data centers in Ireland and Denmark. The new data centers will be powered entirely by renewable energy. Both data centers are expected to begin operations in 2017 and will employ hundreds.

Apple has used 100 percent renewable energy across its data center footprint since 2013. The data centers will power Apple’s online services such as the iTunes and App store, iMessage, Maps and Siri. Apple expects investment of almost $2 billion to be split evenly between the two new locations.

The new data centers will also be some of the largest, at around 1.8 million square feet. In addition to using 100 percent renewables, both data centers have additional design considerations to make them even more environmentally friendly.

Excess heat recycling has been a major trend in the last five years or so. Two other recent examples are Amazon's Seattle project and Bahnhof's Swedish data center.

In Athenry, Apple will recover land previously used for growing and harvesting non-native trees and restore native trees to Derrydonnell Forest. Apple said in a statement that the project could mean more outdoor education space for local schools and a walking trail for the community.

“We believe that innovation is about leaving the world better than we found it, and that the time for tackling climate change is now,” said Lisa Jackson, Apple’s vice president of Environmental Initiatives. “We’re excited to spur green industry growth in Ireland and Denmark and develop energy systems that take advantage of their strong wind resources. Our commitment to environmental responsibility is good for the planet, good for our business and good for the European economy.”

Ireland’s government reacted positively, with Irish Prime Minister Enda Kenny calling the project “an extremely positive step in the right direction.” Ireland seeks to cut unemployment to below 10 percent, and 300 jobs will be added during the multiple phases of the project.

Apple directly employs over 18,000 people across 19 European countries and has added over 2,000 jobs in the last 12 months. Investment in European companies and suppliers last year was close to $9 billion.

“We are grateful for Apple’s continued success in Europe and proud that our investment supports communities across the continent,” said Apple CEO Tim Cook in a statement. “This significant new investment represents Apple’s biggest project in Europe to date. We’re thrilled to be expanding our operations, creating hundreds of local jobs and introducing some of our most advanced green building designs yet.”

Apple recently signed a 25-year agreement to buy the output of 130 megawatts of generation capacity of a future solar project in Monterey County, California.