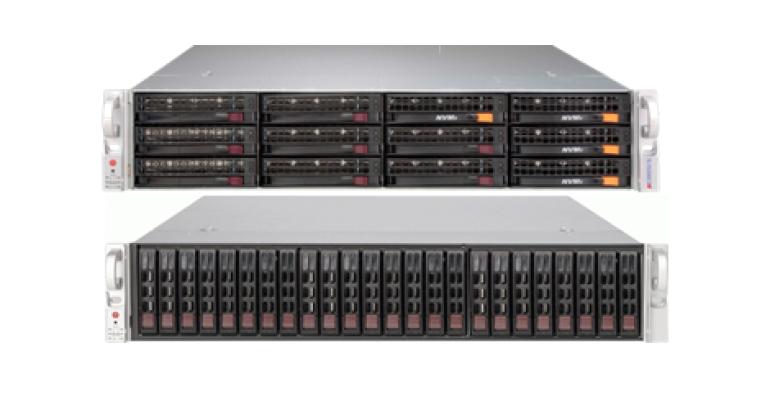 Springpath, a startup founded by VMware veterans that has been building a software defined storage platform that isn't tied to any specific hardware, came out of stealth today, announcing $34 million in funding by New Enterprise Associates, Redpoint Ventures, and Sequoia Capital. The Sunnyvale, California-based company operated in stealth mode as Storvisor.

Springpath says its storage and data management software provides reliable and scalable storage services. The basic premise of its approach is to break reliance on capital-intensive hardware that this type of software and functionality are often coupled with.

The software-only platform runs on standard servers and decouples data from the application layer in what the company said was a simple-to-implement way that is platform- , hardware- , and application-agnostic. It is sold sold on a subscription basis.

The company dubbed its vision “Independent Infrastructure.” At the core of the platform is what it calls HALO architecture, which stands for Hardware Agnostic Log-structured Objects. This architecture is constructed from the ground up, using different pieces of intellectual property.

Storage is still using technology from the 90s, and enterprises are riddled with expensive, inflexible silos as a result, Ravi Parthasarathy, vice president of product management at Springpath, said. He believes storage arrays will be history, replaced by software defined storage with commodity servers underneath.

"Hardware silos create inefficient hardware usage," he said. "On the storage side, each vendor offers their own way to manage data. We want to provide a single data platform that’s 100 percent software. Now customers have the freedom to buy whatever servers they want, add those servers as they want and the data platform scales with it. We will provide all the enterprise-grade features like snapshots and clones, creating disaster recovery policies."

Mahalingam spent about 10 years as principal engineer at VMware, where he worked on a multitude of projects, including vSphere Networking and storage IO. He spent four years as researcher at HP Labs before joining VMware. Yadappanavar's tenure at VMware lasted about eight years. Both left the virtualization giant in 2012, according to their LinkedIn profiles, around the same time Storvisor was founded.

“Modern data centers require a versatile and elastic data platform software that runs on a common hardware infrastructure based on standard servers and supports the data management needs of virtualized, containerized, big data, and other emerging environments,” Mahalingam said.

The company has key technology partnerships in place with VMware, OpenStack, and Docker. It's working with vendors like Cisco, Dell, HP, and Lenovo. Springpath also announced a distribution agreement with Tech Data, which will give solution providers access to servers pre-loaded with its software.

The company ran a beta of a few dozen customers across a variety of verticals, for use cases such as Virtual Desktop Infrastructure, test and development, infrastructure consolidation, databases, and for remote, or branch offices.

“The data center’s move to a server-based ecosystem is well on its way, and Springpath’s software platform enables enterprises to support their diverse application environments utilizing standard servers and appears to fit well into this macro trend,” Patrick Moorhead, president and principal analyst at Moor Insights & Strategy, said in a statement. “We were impressed with their solution’s ability to deliver the value of enterprise features and performance on a variety of top-brand servers, offering enterprises choices without compromising on their expectations.”