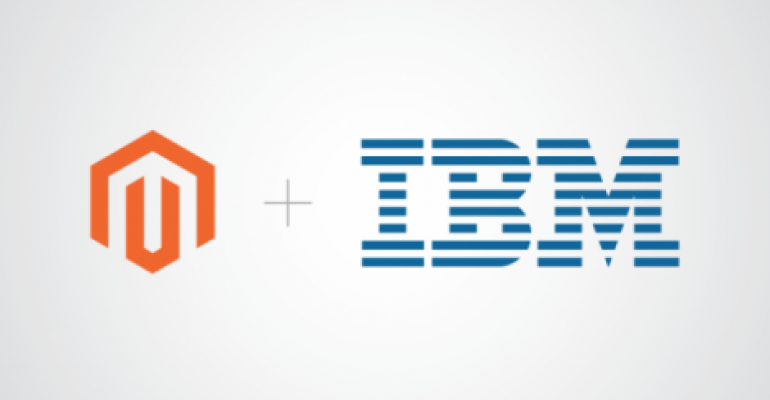 eBay Enterprise has signed with IBM as a cloud infrastructure provider for Magento. Magento, which eBay acquired in 2011, is big in the e-commerce space, helping optimize e-commerce sites for customer interaction, backend sales, and analysis needs. It’s used by close to a quarter of a million retailers.

IBM is one of several hosting partners but stands out as the largest. Others include Rackspace, Peer 1, and Hostway. The addition of IBM is a substantial expansion in scale of the infrastructure available to the company and its customers. IBM has more than 40 cloud data centers around the world.

eBay has substantial data center infrastructure of its own. The company has designed and built some of the most cutting-edge, energy efficient data centers. But eBay Enterprise would not get the kind of scale and flexibility cloud services provide using the company's own facilities.

The e-commerce space is one of the biggest beneficiaries of cloud infrastructure services. Online vendors can have unpredictable traffic patterns, driven by introduction of new products or fluctuating seasonal demand.

"E-commerce is a key vertical business for IBM Cloud," Jim Comfort, general manager of IBM Cloud Services, said in a statement. "Partnering with eBay Enterprise will better position our joint customers to realize their growth goals by leveraging their Magento platform running on IBM's cloud infrastructure, which together will deliver unparalleled performance, automation and global reach."