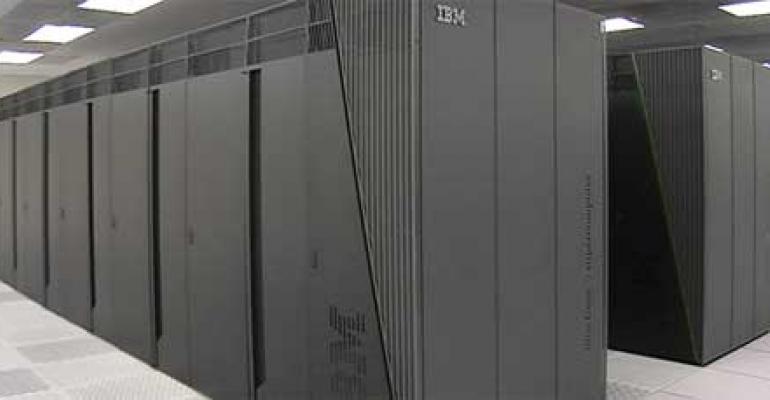 Despite a massive projected overall increase in energy consumption, through data center consolidation, LLNL was able to reduce its energy demand, leading to a Department of Energy Sustainability award. LLNL is aiming for an average Power Usage Effectiveness of 1.4.

LLNL is saving $300,000 in energy bills and $40,000 in maintenance costs. LLNL is also saving money by eliminating the need to install and maintain electrical meters required by the DoE’s sustainability program to monitor overall power usage. That resulted in close to $350,000 saved and avoided more than $10 million in expenditures. DoE has required all LLNL data centers to be metered by end of fiscal year.

Redundant equipment, such as air handlers and cooling systems, can be repurposed for new facilities.

The consolidation program began in 2011 and used LLNL’s High Performance Computing Strategic Facility Plan as a guide. This initial consolidation was called “the low hanging fruit” in a statement, and LLNL is now moving to its next phase under the DoE’s Better Building Challenge. The laboratory has committed to reducing energy intensity of data centers by at least 20 percent within 10 years.

“Now we need to take a more institutional approach and to conduct an education campaign to show the advantages of consolidating into a professionally managed data center,” said Doug East, LLNL chief information officer, in a statement. “Centralizing equipment in efficient data centers makes business sense and has the potential to save research programs money — resources that could be redirected to science.”

“Our institutional HPC needs will grow in the future and it is important for the Lab to have a Data Center Sustainability Plan to ensure we manage our computing resources in an efficient and cost effective way,” said Anna Maria Bailey, LLNL’s HPC Facilities manager in the release.

Many enterprises and institutions of all ilk are undergoing consolidation programs. It's occurring among nearly all federal agencies.

The Navy recently awarded CGI Federal, the company responsible for initially botched Healthcare.gov launch, with a consolidation contract. Much of the effort has been pushed by the Federal Data Center Consolidation Initiative.

Canada's government is also in the process of consolidating data centers.

Data center consolidation initiatives are also occurring in the private sector, as they promise big savings and the benefit of a smaller carbon footprint. British bank Barclays was a recent example.