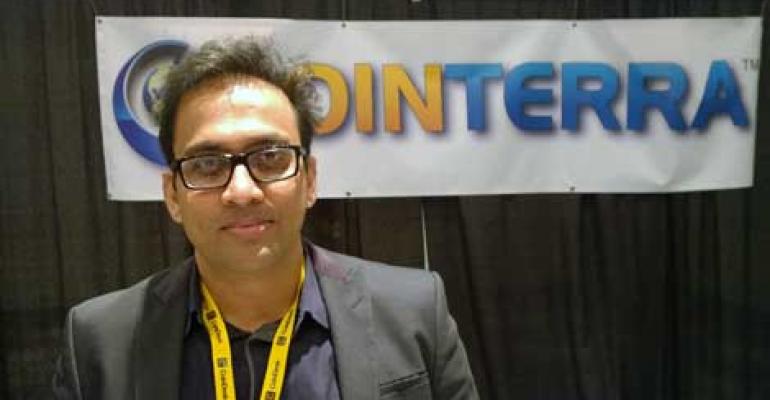 Bitcoin mining company CoinTerra has put its operations on hold as it awaits a response from its lenders on a restructuring proposal, according to CEO Ravi Iyengar.

The company has halted its mining and payouts to customers in the wake of a dispute with C7 Data Centers, which has sued CoinTerra for $1.4 million in unpaid colocation fees, and is seeking $4 million in additional costs and contractual payments. CoinTerra disputes the allegations and says it has filed a counterclaim against C7.

In an interview with Data Center Knowledge, Iyengar said CoinTerra's fate was now in its lenders' hands. "The whole operation of the company is waiting on the note holders making a decision," he said.

CoinTerra is in default on its senior notes as a result of the shutoff of its equipment at C7, according to Iyengar. The loan is secured by CoinTerra's assets, including its Bitcoin mining equipment. As a result, CoinTerra was forced to turn off its mining operations at other data centers, including its presence at CenturyLink Technology Solutions. In July, Iyengar said CoinTerra had contracted for more than 10 megawatts of data center capacity with CenturyLink.

A CenturyLink spokeswoman declined to comment on the service provider's relationship with CoinTerra, citing confidentiality agreements.

CoinTerra manufactures and sells bitcoin mining hardware and hosts and manages mining hardware for customers as a service. Iyengar said it has updated its customers on the status of its operations and the default on its debt. CoinTerra has not made payouts to its cloud mining customers since Dec. 19.

"The Note Holders are evaluating their options," CoinTerra said in its customer notice. "Until this is resolved, CoinTerra will be unable to make further payments."

In its lawsuit, C7 says it provisioned about $12,000 a day in electricity from Rocky Mountain power to support CoinTerra's cabinets, but that CoinTerra became delinquent "almost immediately" after it began service in April 2014.

In a statement, CoinTerra said it has filed a countersuit against C7.

"CoinTerra, Inc. disputes the allegations in the complaint filed by C7 Data Centers, Inc. in Utah State court," the company said. "CoinTerra has recently retained local counsel to address this dispute. Moreover, CoinTerra has filed a counterclaim against C7 in federal court in the District of Utah. CoinTerra intends to vigorously prosecute its claims against C7 while defending the claims levied by C7. Yet, CoinTerra is hopeful that the parties can resolve this matter quickly."

The statement did not specify which of C7's claims were in dispute. Iyengar said the company's comment on the C7 case would be limited to its statement.

In assessing his company's challenges, Iyengar said CoinTerra's efforts have been undermined by "irrational" mining practices that have made it difficult to earn new bitcoins. The network is designed to adjust its reward system based on the level of activity. As the price of bitcoin rises, the computing power on the network (known as hashrate) should increase. As the price declines, the hashrate should eventually moderate -- at least in theory.

Iyengar said this has not held true. The price of Bitcoin has been in steady decline since hitting a peak of $1,100 in late 2013, dipping to $225 this week. But as the price has moved lower, the network hashrate has continued to rise, reaching an all-time high of 358 petahashes last week.

"Somehow, the self-correcting model (for the bitcoin network) has not performed as expected." said Iyengar. "The difficulty does not go down, but the price does not rise. One or the other has to give.

"There is irrational mining going on in some parts of the world that defies ROI (return on investment)," he added. "People are mining when they are not making a profit. There are other factors in place. Perhaps it's unfair access to power. As a result, the models we all assumed have collapsed."