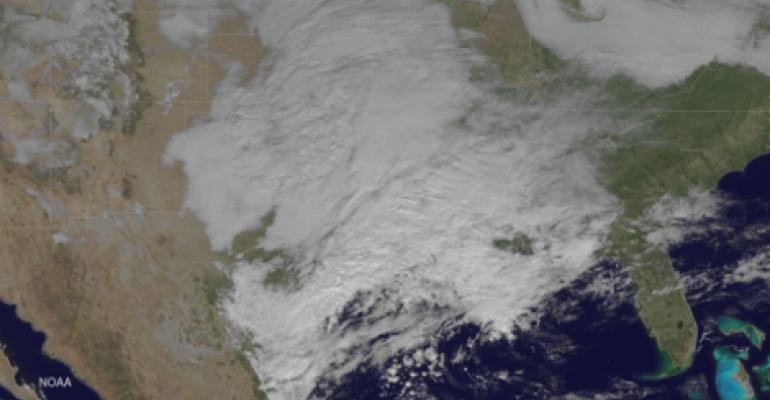 More than half of the funding for NOAA&#8217;s supercomputer upgrade comes from the Disaster Relief Appropriations Act of 2013 issued as a response to Hurricane Sandy. (Image: NOAA)
Design>Hardware

Upgrade to improve forecast resolution and extend visibility into future

U.S. government agency that forecasts weather said it will increase capacity of its two supercomputers tenfold by October.

Each system will go up to 2.5 petaflops, which will enable the agency to forecast severe weather, water, and climate events with better precision and look further out into the future.

The National Oceanic and Atmospheric Administration’s National Weather Service has been upgrading its supercomputers since July 2013.

IBM is making the upgrades under a $44.5 million contract with NOAA. Of that, $25 million came from the Disaster Relief Appropriations Act of 2013, which was enacted after Hurricane Sandy, which wreaked havoc in Jamaica, Cuba, and the Bahamas, before making its disastrous landfall in the Northeastern U.S. in October 2012.

IBM is a major government IT contractor. It is also one of the biggest high performance computing contractors for the feds. IBM's biggest recent government supercomputer deal that was announced publicly was a $300 million purchase of two systems by the Department of Energy for two of its national labs.

This week, NOAA announced kick-off of the next phase in its upgrade project. Already sometime in January, the administration expects the two systems to more than triple their capacity.

Another system, called the Global Ensemble Forecast System, which uses a model made up of 21 separate forecasts, will increase resolution from 55 km to 27 km out to eight days and 70 km to 33 km for nine to 16 days into the future.

Cray will be supplying the systems for NOAA’s upgrade as an IBM subcontractor.

“This investment to increase their supercomputing capacity will allow the National Weather Service to both augment current capabilities and run more advanced models,” Peter Ungaro, president and CEO of Cray, said in a statement.