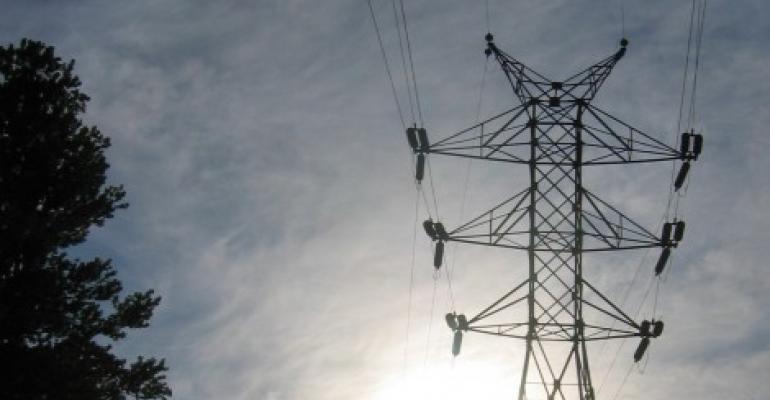 Amazon wants to build a 500,000 square foot data center in Haymarket, a town in Prince Williams County in Northern Virginia. To provide enough power for the future facility, code-named "Midwood Center," utility Dominion Power needs to build a new substation and a transmission line. The utility submitted plans over Thanksgiving for the double-circuit 230kV transmission line, but the plan has run into opposition from locals, who are afraid the new infrastructure will bring down their property value.

According to planning documents, the company that's planning to build the data center at 15505 John Marshall Highway is Vadata, a wholly owned Amazon subsidiary that does big data center construction projects on the e-commerce giant's behalf.

“The transmission infrastructure is to address forecasted increases in energy demand that exceed the capabilities of our current distribution system beginning in 2017," Dominion said in a project description posted on its website.

Some Haymarket residents are concerned the electrical infrastructure project will lead to loss of the area's natural beauty and potential loss of property values because of transmission lines and substation towers. The opposition argues that power lines will be near homes and schools and will cross the Rural Crescent, which has historical landmarks.

Some parallels can be drawn between the situation in Haymarket and the situation in Newark, Delaware, last year, that ultimately led to failure of what was going to be a $1 billion data center construction project. Like in Haymarket, the power component of the Newark project and not the actual data center was what created the controversy. The Newark project, pitched by a company called The Data Centers LLC, included a cogeneration plant. Some residents organized a group that opposed the power plant and its potential impact on the area.

The residents in Haymarket are using a similar approach the opposition in Newark used. They have started a website and a grassroots protest. We have contacted the group, called Protect Prince William County, for comment but have not received a response.

There is now uncertainty about the project, both residents and politicians pushing Dominion and Amazon to change plans. The opposition is suggesting Dominion build a different route from the Gainesville substation and up I-66, with no above-ground lines near residential areas. Virginia State Delegate Bob Marshall and Senator Richard Black have written a letter to Amazon CEO Jeff Bezos asking to consider two alternatives to the current plan.

“In our judgment, the root problem is the Haymarket location for the Amazon data center,” they say in the letter. “This is because it is neither located in an industrial area, nor is it located within existing power line corridors. We hope to preclude future impacts when the 2015 General Assembly convenes in mid-January, and we urge you to seriously consider two alternatives to address the present controversy.”

One of the proposed alternatives are an industrial-zoned property a few miles from Haymarket called Innovation Park, where George Mason University is located. There are some data centers there already. The currently planned "location is not normally zoned for data centers, and this has caused significant, unified community opposition from an unusual alliance of environmentalists, Civil War Hallowed Ground advocates, homeowners, and major business developers,” the legislators wrote.

The second alternative is building the 230 kV power lines underground.

The bulk of the Northern Virginia data center market (one of the biggest in the country) is in Loudoun County, but nearby Prince William also has about 2 million square feet of data center space. Loudoun is a key connectivity hub with an estimated 70 percent of the world's Internet traffic crossing through the area. Prince William touted its data center appeal last October.

A 500,000 square foot Amazon data center would be a boon to the county, but the area is in need of more infrastructure to really compete with Ashburn, Loudoun's data center hub. "Don't expect other cloud folks to follow Amazon out to Prince William," said an executive for a competing cloud provider who did not wish to be named. "Power costs the same [as in Ashburn]. Land is not much cheaper. Fiber costs are going to be nuts. Ashburn fiber is cheap, and you've got to get back to Ashburn, wherever you start from."

So far, Loudoun and Dominion have been able to meet the needs of every data center looking to locate in the county, said Buddy Rizer, director of economic development in Loudoun. "Loudoun has taken a very proactive position on making sure the infrastructure is in place for our data center clients," he said. " We have regular meetings with Dominion Power and plan out sites, timelines, and priorities in advance. The data center cluster is very important to Loudoun’s economy, so we always try to stay out in front of the demand."

What About Building it Underground?

In response to the situation in Prince William, Dominion is now reviewing several potential alternative routes. A draft of the alternatives can be found here. The utility is in a balancing act of serving the high-revenue data center sector while attending to the needs of residents.

Dominion has also noted some reasons underground lines might not be feasible. In addition to reduced operability and reliability, building the lines underground will cost six to 10 times more than above ground. The process of building underground lines is also environmentally invasive and takes longer. Life expectancy of the line would be cut in half and it would have limited capacity and voltage fluctuations.

Amazon has a sizable data center footprint that keeps growing. Ohio Governor John Kasich recently confirmed a massive Amazon data center project planned in his state. In a bid to attract the project, Ohio offered the company tax breaks and one town even offered free land for the project.