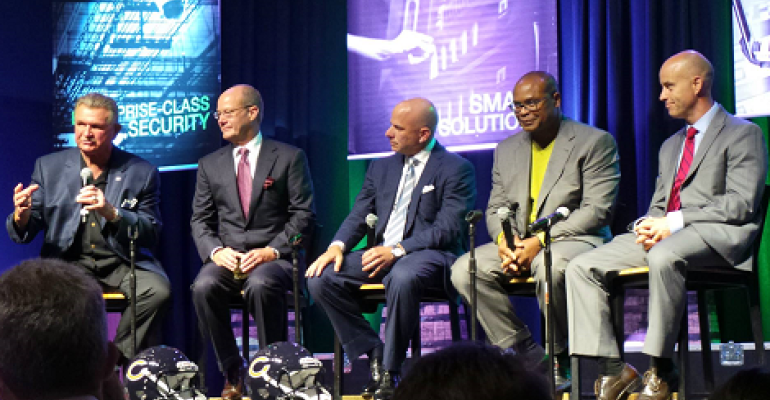 Cloud and data center services have been a major focus for many telecommunications companies, as they seek to leverage their existing infrastructure investment to diversify their revenue streams. The trend has been true for both national and regional telcos.

Verizon has focused on cloud connectivity as of late, acquiring Terremark several years ago to form the foundation of cloud and data center businesses. CenturyLink has successfully transformed itself into a cloud and data center provider in addition to telco since its acquisition of Savvis in 2011.

Windstream is updating its network to boost cloud and data center business.

It has also been expanding its data center footprint and its Windstream Hosted Solutions division. It moved into Sabey’s Intergate.Manhattan building last year. Most recently, the company opened a Chicago data center.

Cyan’s Z-Series Packet Optical Platforms have been a part of the architecture for many years, initially serving wireless backhaul and consumer broadband applications. The Z-Series will now support other high-performance applications across the footprint.

The 100G technology in the system is provided in a single slot, increasing density and reducing space and power requirements, said Cyan in the release.

“Windstream makes technology investments that are directly in line with supporting both the company’s long-term growth and the critical use cases of our customers,” said Randy Nicklas, CTO and executive vice president of engineering at Windstream. “Upgrading from 10G to 100G capacity across our regional and metro networks through Cyan’s Z-Series platforms will allow Windstream to utilize network resources efficiently and provide best-in-class services to our customers.”