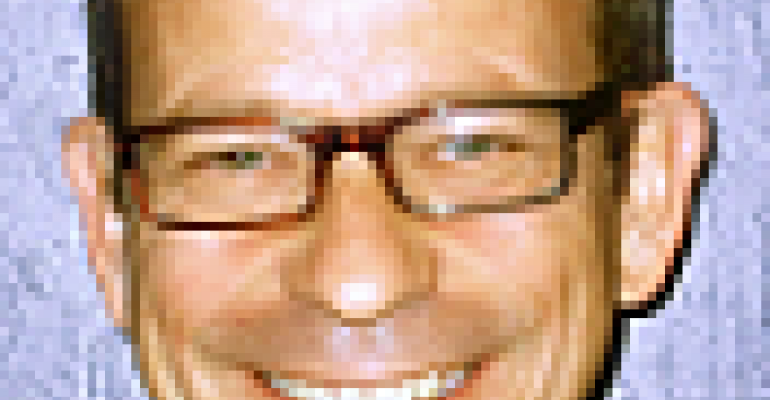 IPv6 Adoption: Forging the Path Ahead

As demand for connected devices continues to increase, the shortage of IP addresses becomes more evident, writes Tom Coffeen of Infoblox. Luckily, the path ahead has never been more clear thanks to the critical momentum of IPv6 adoption.

Tom Coffeen serves as Infoblox’s Chief IPv6 Evangelist and is a major contributor to the Infoblox IPv6 Center of Excellence.

Ebola discovered in the U.S. (Implication: We’re all gonna die!)

Of course, public health scientists remind us that the probability of an Ebola epidemic in the U.S. is essentially zero. Meanwhile, the Centers for Disease Control report that 50,000 people will die from influenza and pneumonia and another one million people will die of heart disease and cancer this year.

This time-tested axiom of modern journalism in the broadcast and digital age is often no less true in technology press.

We’re running out of IPv4 addresses! (Implication: The end of the Internet is nigh!)

Simply put, IP addresses are used to uniquely identify everything connected to the Internet. The legacy protocol, IPv4, could only ever provide 4.3 billion addresses in total. With Cisco predicting 50 billion devices connected to the Internet by 2020, the IP address supply problem becomes obvious. IPv6 is IPv4’s eventual replacement (though they’ll be running in parallel for the foreseeable future). IPv6 offers 3.4x1038 total addresses; i.e., 340 trillion trillion trillion addresses.

Some variation of this IPv4 end-of-the-world prediction has appeared repeatedly in the technology press for well over a decade. As a network architect focused on IPv6 evangelism for the last several years, I’m certainly responsible for my share of delivering that message.

But, along with my peers in the IPv6 adoption community, I’ve tried to temper any needless apocalyptic subtext by helping to shine a light on the path forward with IPv6.

The good news is that path is more clear than it’s ever been thanks to critical momentum of IPv6 adoption. As a result of such momentum, IPv6 is already promising key business benefits with large enterprises starting to adopt IPv6 internally.

The bad news is that as unlikely as a world-ending bang might be (i.e., IPv4 depletion leading to large parts of the Internet going dark), if you listen hard you can still hear the whimper of dual-stack networks limping along without proper operational support for IPv6.

Whether you realize it or not, and this should be the genuinely scary part, IPv6 is already running on your network today, unmanaged – or at least not managed as well as you might like to believe. This key challenge must be met with IPv6 training and a deliberate adoption plan.

So, about that good news: the statistics don’t lie. IPv6 adoption has reached a point of critical momentum and the data proves that IPv6 is operationally viable at Internet scale. 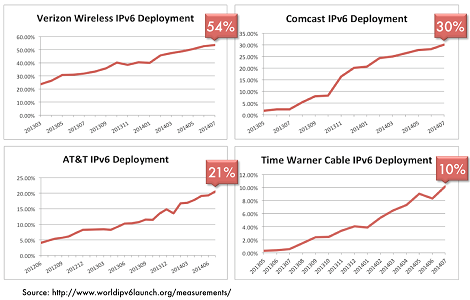 Meanwhile, the percentage of users accessing Google in the U.S. over IPv6 has reached nearly 10 percent (figure below). Cisco is predicting 25 percent within a year. 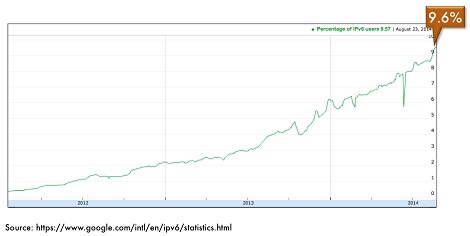 This means the 22.3 million people currently connecting to the Internet over IPv6 today in the U.S. will grow to 58 million within a year. The numbers in Europe and the rest of the world are equally as impressive and instructive: IPv6 adoption in Belgium is approaching 30 percent while in Germany it’s over 10 percent.

Teasing out the business benefits of IPv6

In spite of this tremendous growth, too many organizations are content to sit on the sidelines waiting for an IPv6 business case that demonstrates unprecedented features or superior performance available only with IPv6. Meanwhile, their operational staff learns to deploy and work with IPv6 in an ad-hoc fashion, if they deploy IPv6 at all. Yet according to the stats above, 100,000 new Internet users will come online today, 200 of those while you were reading this article, 68 every minute.

Does your organization understand how this might impact the services you offer? For example, is your competitor’s website available over IPv6 today while yours isn’t? Will your employees be working from home through hosts connected to the IPv6 Internet? The key business benefits of IPv6 are tied up in the answers to these questions. To unlock those benefits, organizations need an IPv6 adoption plan and the training to go with it.

Some large enterprises have recognized this and are forging ahead with IPv6 on a grand scale. At the recent Rocky Mountain IPv6 Task Force Summit in Denver, Wells Fargo revealed that as part of its IPv6 adoption effort, the company is tracking the number of users accessing its website over IPv6 (currently, 12.6 percent); Wells Fargo also recently completed auditing its existing applications for IPv6 support.

In a report to the CIO, applications are ranked according to their organizational impact along with the effort required to make them ready for IPv6. As shown below, nearly 80 percent of the 3,000 or so applications present few challenges where IPv6 adoption is concerned. 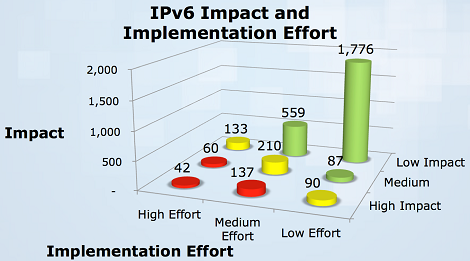 The recent critical mass of IPv6 adoption means that every organization planning to continue connecting to the Internet needs an IPv6 adoption strategy and a training strategy to implement it effectively. Even in the absence of an IPv6 adoption strategy, IPv6 is impacting your organization’s network and computer security today: all up-to-date host OSes have IPv6 enabled by default (in fact, disabling it will result in an environment that Microsoft considers out-of-scope for effective support).

Fortunately, there has never been more IPv6 operational wisdom to leverage, nor better training resources.