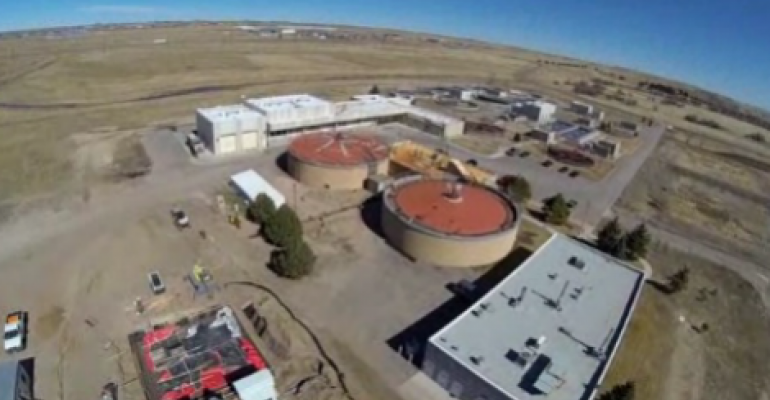 The well-known project converts waste to energy and uses fuel cells. A "cable-cutting" ceremony was held to celebrate the data center independent of the power grid.

Microsoft has opened a zero-carbon, biogas-powered data center in Wyoming that combines modular data centers with an innovative way to leverage waste from a nearby water treatment facility.

This is the culmination of an ambitious research project from Microsoft. It serves as a research center for biogas and fuel cell technology, two alternatives to drawing from the power grid. FuelCell Energy of Connecticut developed the fuel cell technology to convert unused biogas into ultra-clean power generation solutions. Siemens worked with Microsoft and FuelCell to engineer and install power monitoring equipment for the data center.

The data plant doesn’t look technologically advanced, and is arguably underwhelming visually. Shipping containers scattered around look more akin to a trailer park than a next-gen data center. However, the ideas beneath the data plant are far advanced to what most of the industry is doing today.

Data center containers filled with servers are deployed next to a water treatment plant in Cheyenne, Wyoming. Servers are powered using electricity from a fuel cell running on methane biogas from the plant. The plant uses an electrochemical reaction to generate electricity and heat. Virtually no air pollutants are released because of the absence of combustion. Each fuel cell generates around 300kW of renewable power of which the data center uses about 200kW.

The data center works off of the power grid, which in itself is a major feat. It not only uses waste, but prevents and converts environmentally dangerous waste into something positive. Methane is normally a damaging greenhouse gas.

Siemens’ work on power monitoring measures the performance and energy output of the fuel cell so power is consistent. It monitors the amount of biogas being sent to the fuel cell, the conversion to usable energy, and the fuel cell output to ensure that enough electricity is created throughout this process to reliably power Microsoft's data center. It includes a predictive demand alert capability so the data center operators are made immediately aware of any power quality or energy demand issues. It is an integral part of the process making biogas and fuel cells feasible in an industry that needs dedicated, predictable power.

A coalition of industry, University of Wyoming, Business Council, Cheyenne LEADS, Cheyenne Board of Public Utilities, the Western Research Institute and state and local government partners led to the project coming to fruition. University of Wyoming students will have access to the plant for further research.

"This project has been a collaboration of many organizations. We are very proud to have had the opportunity to be a part of this fascinating project," states Randy Bruns, CEO of Cheyenne LEADS.

The idea was initially proposed in 2010. Microsoft has made significant data center investment in the state, with another major $274 million expansion announced in April of this year. The company’s investment in Wyoming has put the state on the data center map and is approaching nearly half a billion dollars.

“Growing Wyoming's technology sector has been a priority and Wyoming is seeing results," Governor Matt Mead said. "This alternative energy project is not only a zero-carbon data center, it is more. It is a laboratory for biogas and fuel cell research. Wyoming is on the cutting edge."

The State Loan and Investment Board, comprised of the five statewide elected officials, approved a $1.5 million Wyoming Business Council Business Ready Community grant request from the city of Cheyenne in 2012 to help fund the $7.6 million plant. Microsoft covered the remaining cost.