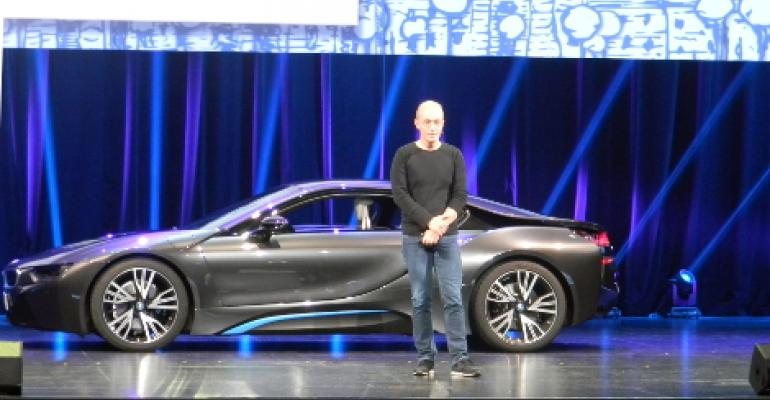 PARIS - OpenStack has widened the pool of companies that can stand up cloud environments for enterprises and service providers beyond the handful of big vendors with proprietary cloud architectures – the likes of Amazon Web Services, Microsoft Azure or VMware. It has also enabled some of the more technologically advanced (as well as adventurous) enterprises to build their own clouds.

Two of the latest high-profile converts to the open source cloud architecture are BMW and Time Warner Cable. Both have recently stood up OpenStack clouds but went about it in very different ways.

Stefan Lenz, data center and IT infrastructure manager at BMW, likes OpenStack for two reasons: it drives standardization, and it discourages technology mooching, where the end user develops something to customize a vendor’s solution for its own needs, and the vendor then uses that innovation to benefit from licensing it to others. That last one has happened to BMW in multiple instances, Lenz said.

BMW was one of the end users the OpenStack Foundation highlighted during Monday’s keynote at the OpenStack summit in Paris – its first in Europe – and Lenz was on stage to tell the German automaker’s OpenStack story.

Standardization the open source project is driving in the cloud computing space is important to BMW – a company that likes stability. The OpenStack API and data model used to describe cloud and virtual instances is becoming an industry standard. “When anyone develops on that, it will be stable,” Lenz said.

BMW not all in just yet

Because BMW likes stability, however, his team is not using OpenStack for critical applications. “We are not going to put really highly productive workloads on this at the moment,” he said, emphasizing “at the moment.”

For now, OpenStack can be a part of the toolset the company is using, but it needs to do more development on it before delegating some heavy lifting to the open source system. “We need more stability still … but it doesn’t prevent us to use it right now just as it is,” Lenz said.

There is also a very quick release cycle, with big changes from release to release, which is bothersome to his team. There have been about 30 major releases since Austin, the first one that came in 2010. There were nine this year alone, culminating with the most current stable release called Juno, which came out in October.

OpenStack is a way for BMW to solve some problems it has been having with a private cloud system the company’s engineers built in 2011 on their own. Over the past several years, the team has built what Lenz called a “global data center.”

Through “brutal” infrastructure standardization, his team was able to create a centrally managed system that lives in four geographically distant data centers. Every facility has the same servers, set up exactly the same, he said.

They have become much more cost efficient, but they realized even back in 2011 that there is a limit to how much you can benefit from standardization. So, they created their own piece of software in Python and called it private cloud.

That internal private cloud has not worked as well as they hoped it would, however, and OpenStack became the answer, Lenz said.

BMW’s IT team is an example of a company doing OpenStack alone, but there are numerous vendors competing to help customers deploy OpenStack clouds. One of the users that went the vendor-assisted-OpenStack route is Time Warner Cable, the second-largest cable provider in the U.S.

Matt Haines, vice president of cloud engineering and operations at Time Warner, was on stage Monday morning to talk about his team’s experience with the open source cloud technology. The company has about 15 million customers and provides TV, broadband, phone, and business services.

And they wanted it done in six months. The project started in January, and the goal was to be up and running by July.

Cisco and SwiftStack get the job

Haines did not specify what he was using Cisco for, but it has a range of professional services designed to help customers stand up OpenStack clouds. The IT giant also has a piece of software that streamlines installation of OpenStack on its Unified Computing System servers and a plug-in for integrating Neutron, the software-defined network component of OpenStack, with its Nexus switches.

By the end of the first quarter, Time Warner had the Havana release of OpenStack running in two data centers and iterating it toward Icehouse, the subsequent release. By the end of Q2, the cloud was in production, Haines said.

The deployment didn’t go without problems, and the team had to make some big network-wide changes. The two biggest ones were moving from a flat network architecture to one that could use the latest SDN support in Icehouse and switching from a legacy Fibre Channel SAN platform to one based on Ceph, the open source storage platform that runs on commodity hardware.

Time Warner’s team working on its OpenStack deployment is now about 15 people strong. The company has invested into hardening and maturing the platform and contributed to a number of OpenStack projects.