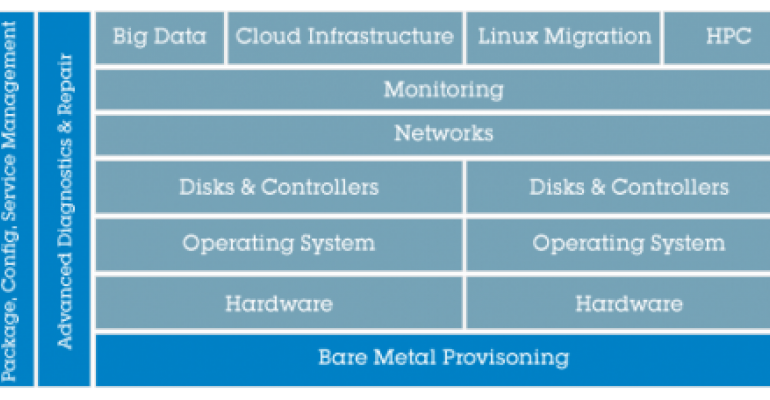 Enterprises are increasingly finding themselves tackling distributed, web-scale IT and StackIQ helps them automate and enable DevOps.

Web-scale IT automation software company StackIQ has completed a $6 million Series B funding round. The company, which targets the enterprise market, said it has added several Fortune 100 enterprises to the customer roster this year. The new funding will allow it to scale its operations and increase its marketing initiatives.

StackIQ simplifies the deployment and operations of large server clusters and distributed applications within enterprise data centers. It helps to enable DevOps in the enterprise by automating processes. DevOps is a combination and integration of developers and operations.

The company has appointed John Oh, formerly vice president of worldwide marketing for F5 Networks, to oversee its marketing efforts.

Often within an enterprise, a handful of people are in charge of large, web-scale IT distributed across several data centers and clouds. StackIO tries to make their lives easier by putting full stack automation into their hands for building, deploying and managing distributed big data and cloud applications.

Research firm Gartner predicts that web-scale IT will be an architectural approach found within half of global enterprises by 2017. This means there will be a growing need for tools like StackIQ to help manage these infrastructures and an increasing amount of DevOps.

StackIQ has deep integration with all the major Hadoop distributions for automating big data tasks. It is also integrated with open source cloud computing platform OpenStack, OpenStack being a growing favorite among users of the DevOps approach.

StackIQ released Cluster Manager at the beginning of the year. The release added cluster-wide automated configuration, orchestration and change management.

“The convergence of cloud and big data are reshaping today’s enterprise data center. Highly distributed application architectures are now becoming the ‘new norm’ as customers are harvesting mountains of data to derive insights and drive competitive advantage,” said Sherman Chu, managing partner at Grayhawk Capital. “Underpinning this reality is the need for an infrastructure that scales easily. StackIQ is solving this daunting task through the industry’s only comprehensive cluster-aware automation solution for web-scale applications.”

Venture capital continues to find its way to providers looking to help enterprises tackle web-scale IT. Mesosphere said it helps an enterprise treat distributed data centers and cloud like a single computer and raised $10.5m this year. Moogsoft recently raised $11.6m to help enterprises ditch rule-based systems through its “collaborative situation management” paradigm. CoreOS has a Linux OS distribution that can update simultaneously across massive server deployments and raised funding.