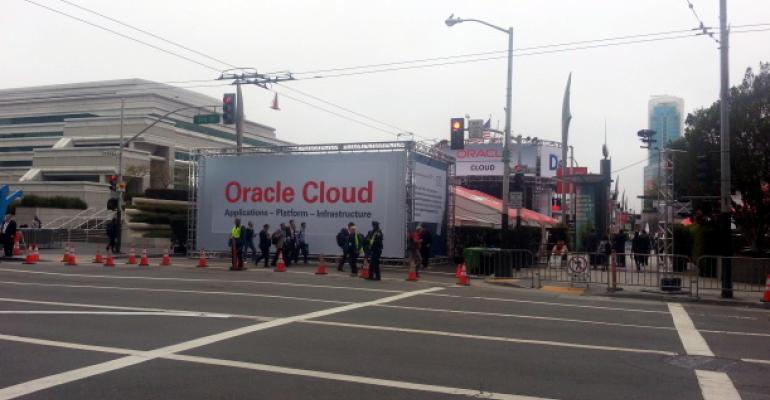 Oracle is going to establish two data centers in Germany to serve Oracle cloud services out of. The company said there will be a primary German data center in an Interxion facility and a secondary one in an Equinix facility.

Oracle is going after the cloud services market with a vengeance. At its OpenWorld conference in San Francisco this week, the company rolled out close to 200 new Software-as-a-Service applications. The company also has market domination ambitions in the Platform-as-a-Service and Infrastructure-as-a-Service markets.

These will be the first Oracle cloud data centers in Germany, although the company already has two other data centers in Europe – one in UK and another one in the Netherlands. Oracle said the new facilities will be dedicated to serving customers who are sensitive about location of their data.

The concept of “data sovereignty” has always been important in certain verticals, such as financial services, government and healthcare. These concerns have grown in importance around the world since last year’s revelations about the U.S. government’s Internet and telecommunications surveillance programs.

According to recent reports, new German data centers by Amazon Web Services and Microsoft Azure – both cloud services giants – were in the works. Oracle executives said this week they were trying to take both of these companies and others on across the SaaS, PaaS and IaaS markets.

Recently appointed Oracle CEO Mark Hurd said in a press conference Monday that the company’s IaaS offering would match the already low prices the incumbents offer. “We will price our infrastructure right on top of or exact same … as Amazon and other providers,” he said.

When they launch in 2014 Oracle’s new German sites will serve the company’s ERP, HCM, Sales, Service and Talent Management cloud services. They will add to the company’s existing 19 data centers across eight countries.

Oracle has data centers in North America, Latin America and Asia Pacific. “And my guess is we’ll move across other geographies as we go into the future,” Hurd said.