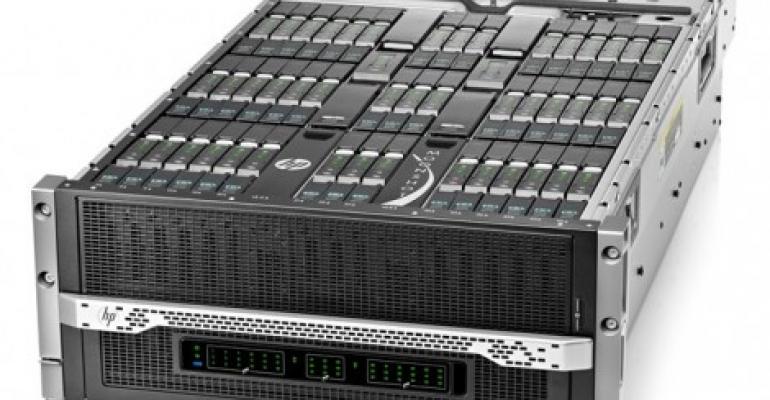 Nearly three years after HP first introduced project Moonshot and showed a prototype Redstone platform, a server based on an ARM Server-on-Chip by now-bankrupt Calxeda, the company announced on Monday general availability of two models of ARM servers in its Moonshot line.

The ProLiant m400 is a general-purpose machine, built primarily for large-scale cloud service providers and Internet companies and powered by X-Gene, the 64-bit ARM SoC by Applied Micro. The ProLiant m800 is powered by a 32-bit ARM SoC by Texas Instruments and is more of a niche product, aimed at highly specialized workloads that can take advantage of TI’s advanced digital signal processing capabilities.

Cambridge, England-based ARM Holdings licenses its processor architecture to chip manufacturers. Its low-power chips power most of the world’s smartphones, but there has been interest in adopting the architecture for the server market, which has become increasingly conscious of energy consumption.

HP is the first major server vendor to bring an ARM-based machine to market. Applied Micro was first to market with a 64-bit ARM SoC for servers, and its closest competitor in the space is AMD. Calxeda was considered another leader, but late last year it went out of business, failing to raise enough money to sustain itself.

Caching applications, such as widely used mamcached, perform well with such memory-optimized servers. “It’s really about getting all that data not on disk drive but bringing it into memory,” Santeler said.

A single chassis with 15 cartridges, a network switch and three power supplies starts around $58,000. 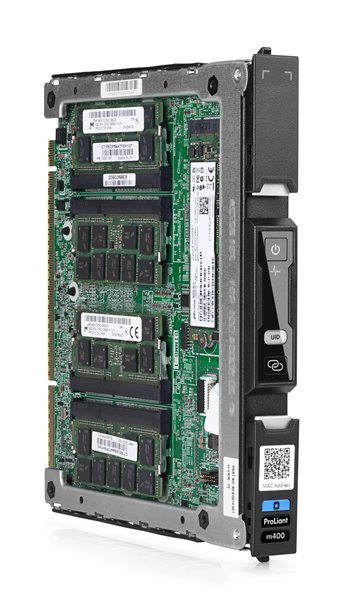 With Moonshot, HP is not going after the largest of the web-scale operators – the likes of Facebook or Google – who design their own hardware. The m400 is made for service providers who are large but not large enough to merit their own hardware design shops.

Another market where HP sees a lot of potential for ARM servers is the mobile developer space.

“This is actually a very good software development platform for … mobility applications,” Santeler said. “So we think there’s going to be a market there.”

The m800 is optimized for real-time data processing. The magic here is not the ARM chip but the integrated digital signal processors, or DSPs, which are a TI specialty.

Each SoC features four ARM cores and eight DSPs, and all SoCs within a chassis are interconnected. “We actually were able to connect all of the SoCs inside this system … so they can share and pass memory back and forth,” Santeler said.

TI has libraries of DSP applications for things like video processing, encoding, audio analysis, etc. The m800 was built for customers that have special needs in one of these areas. eBay’s PayPal, for example, uses m800’s real-time processing capabilities for data analytics, according to Santeler. 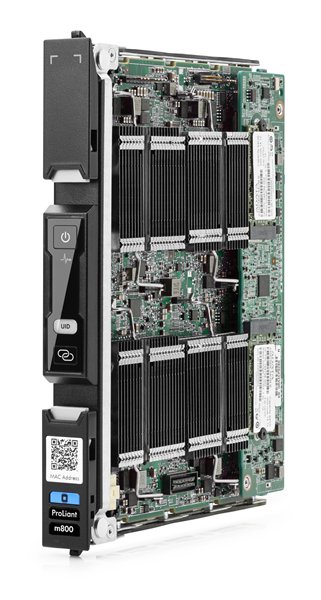 Starting price for a 15-cartridge m800 chassis with a switch, 32GB of flash memory and four power supplies is about $82,000.