There was a common thread that wove through the sessions during Velocity 2014, writes Colleen Miller of Data Center Knowledge. It always came back to people: the faster, stronger Web depends on people as much as it does infrastructure and applications.

Colleen Miller is a journalist and social media specialist with more than two decades of writing and editing experience. Colleen has covered the data center industry, including cloud, big data and storage.

In my four-plus years with Data Center Knowledge, I’ve been to my fair share of technology and data center conferences. The sessions and panelists are often future focused, advancing high expectations about the automated, faster, bigger and stronger technology solutions.

The Velocity: Web Operations & Performance Conference, which convened its 2014 East Coast event in midtown Manhattan last week, certainly had its share of projections about the future. (“Infrastructure is code” is one example of that kind of bold stance.)

Yet, this conference was a bit different because of its focus on DevOps, the growing class of professionals who understand “both sides of the fence.” For more background on this trend, see DevOps stories on DCK.

However you think about infrastructure and cloud and “as a service,” there still is a strong people component to it all. I caught a thread that wove through the sessions that I attended: the faster, stronger Web depends on people as much as it does infrastructure and applications.

For example, Mikey Dickerson, U.S. Digital Service Administrator, who was on the team that got HealthCare.gov working, explained that the issue with the website was there was not one company nor one person who was responsible for ensuring that it worked.

So, in addition to fixing bugs and troubleshooting, the team set up the basic “war room” with the multiple vendors present (55 official vendors of record, only 20 or so interacted with Dickerson) and had twice daily meetings to keep human communications flowing.

To me, it seemed the biggest accomplishment of the government team was not technology, but clearing communications obstacles so that professionals could do their jobs.

The process was career-changing for Dickerson, who has left Google to stay with the government to unravel more IT and bureaucracy challenges. He urged others to join in the important work.

Another fascinating keynote was delivered by Justin Arbuckle, Chief Enterprise Architect at Chef and formerly of GE Capital. The focus of his talk was cybernetics - no, not Scientology’s “dianetics” - cybernetics is the science examining the laws governing how organisms, machines and organizations maintain their identity, and fulfill their purposes within their environment.

Arbuckle said that DevOps lets the organization respond quickly by having immediate information for feedback. He quoted management theorist Stafford Beer, who said “organizations should maximize freedom of their participants, within practical constraints of the requirement for the organization to fulfill their purpose.” And that’s what operations and performance professionals are bringing to their organizations: vital information and feedback, not just infrastructure and applications to support customers as well as everyone in the corporation accomplish the task at hand.

There were a number of sessions discussing management and employment challenges, such as being the “one woman DevOps team” and the challenge of scaling a team through hiring.

Building teams without cloning or unicorns

Camille Fournier, CTO of Rent the Runway, asserted that “cloning yourself at work” is impossible, so the manager’s challenge is to be a "multiplier." While tech skills are foundational, as teams are required to grow in the expanding DevOps arena, then leaders need to focus on appropriate hiring. She noted, “You are not leading computers around, you are leading people.”

Bethanye McKinney Blount, who is a production engineer at Facebook, also presented a pointed presentation on hiring. To put it simply, “you can’t scale systems if you can’t scale teams,” Blount said.

Her talk's title was telling -- “Build a Better Unicorn: Scaling Production Engineering Teams in the Real World.” She debunked the concept of hiring the “unicorn” or “rockstar” for your team. 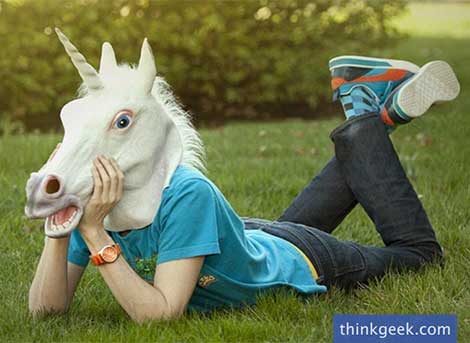 The unicorn is individual who is unique and perfect and has rarefied status. Unfortunately, “unicorns decide what they like to do and they forget about everything else,” she said.

One panel focused on gender bias in the Operations field, aptly titled, “A Woman’s Place is at the Command Prompt,” and discussed workplace issues such as equal treatment of women in the work environment, on-call rotations and performance reviews.

It was noted that while more women are “learning to code,” many opt out of technical positions because of biased work environments, thus creating a "leaky pipeline."

The panel advised hiring managers to look at the language used in their position advertisements. The terms “ninja, guru or rockstar” and perks like “beer and foosball” are red flags that the workplace is “like a frat house,” and qualified women candidates will likely avoid your organization.

Generally, it was a quite engaging and thought-provoking conference!