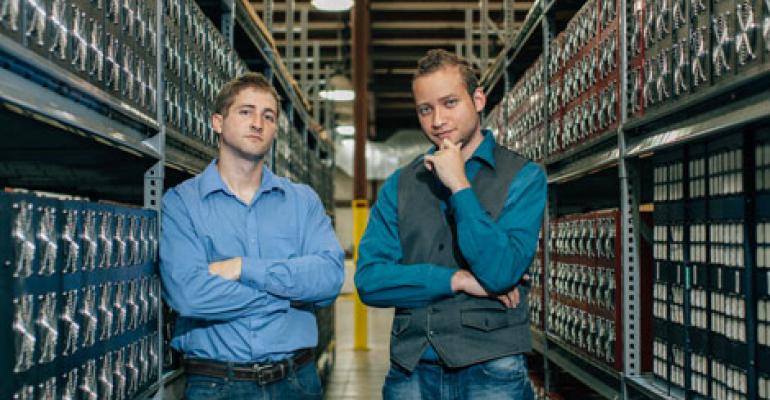 The Bitcoin Arms Race Shifts to the Cloud

The Bitcoin technology arms race is shifting from the processor to the data center, with hardware vendors like GAW Miners pointing their businesses towards the cloud.

For Josh Garza, the path to the future of crytocurrency mining runs through the cloud.

Garza is the CEO of GAW Miners, which has retooled to track the rapid evolution of the Bitcoin market, shifting its business from the physical to the virtual. After building one of the largest online retail stores for cryptocurrency mining hardware, GAW Miners has bought up data center capacity and launched a flurry of new "Hashlets" providing cloud-based data crunching power to Bitcoin enthusiasts.

GAW Miners' move reflects a new reality: the Bitcoin technology arms race is shifting from the processor to the data center, with hardware vendors pointing their businesses towards the cloud. This week KnCMiner said it was getting out of retail sales and unveiled a new cloud mining service powered by its new data center in Lulea, Sweden, while Bitmain announced a new mining platform operating from a large facility in China.

These companies make specialized chips known as ASICs (Application Specific Integrated Circuits) that process transactions for virtual currencies. Over the past 18 months they've released a series of powerful mining rigs, creating a rapid refresh cycle that has shortened the useful life of earlier models. After a turbulent period in which ASIC vendors focused on retail sales, many are now installing their hardware in data centers and selling mining capacity, known as "hashing power."

"I saw that shipping hardware to people wasn't going to last forever, so I worked on a plan to migrate our business to a cloud model," said Garza.

When GAW launched its Hashlets cloud offering on August 15, the volume of orders was large enough to briefly knock the Shopify e-commerce network offline. "We had a huge amount of sales," said Garza. "We had to slow down because we were running out of data center capacity."

GAW Miners has made waves by bucking prevailing trends in the Bitcoin sector, where hardware is often delivered late, and sometimes not at all. Garza, a veteran of the telecom industry, believes GAW Miners can set a new standard for business practices, as well as serve as a consolidator in a fragmented industry.

"I got into (mining) as a hobby, as a lot of people do," said Garza. "I ran into some unsavory companies and lost money on a couple of deals. I just wanted to create an alternative so people could do business with confidence. And it kind of exploded."

Rather than the standard practice of booking pre-paid orders for future equipment deliveries, GAW Miners has sold ASICs from inventory, delivered products promptly and offered responsive customer service. The company did $50,000 in sales on its first day of business, and has scaled up from there. Garza says the company is on pace for $150 million in annual sales.

GAW Miners initially focused on mining equipment for "altcoins" such as Litecoin and Dogecoin, which use the Scrypt algorithm to process transactions, rather than the SHA-256 algorithm used by Bitcoin. But the company's Bitcoin business is growing, as reflected in Garza's recent purchase of the BTC.com domain name for more than $1 million. Last month GAW Miners paid $8 million to acquire a controlling interest in ZenMiner, a cryptocurrency hosting service that housed some of GAW's hardware customers.

The deal was significant because it allowed GAW to expand its capacity for cloud hashing sales. When it launched its Hashlet product, offering a return on investment in about two months, customers quickly bought up the available capacity.

The appetite for Hashlets reflects growing disgruntlement about the economics of cloud mining, which has suffered as the price of Bitcoin has declined from $600 to about $475 over the last month. As noted by an industry blog, some new cloud contracts may not recoup the customer's initial investment during the life of the contract.

That may work for long-term Bitcoin bulls seeking to accumulate coins with the expectation that the price will rise in the future. But some cryptocurrency enthusiasts argue that it's now easier to simply buy Bitcoin rather than mine for it.

"A lot of cloud mining models just didn't make sense to me," said Garza. "I wanted to offer something that allows our customers to actually make money. I want to be in this for a while and create value. That only happens if the business as a whole grows."

A history as a consolidator

Garza entered the technology business in 2002 by co-founding Great Auk Wireless, which offered high-speed wireless Internet access to rural New England towns with limited options for wired connectivity. He built the business through a series of about a dozen acquisitions of smaller companies.

At GAW Miners, Garza is bringing a similar approach to the Bitcoin market, buying up companies and technologies across a spectrum of related businesses. "My training as a CEO was to buy companies and make them complement one another," said Garza. "I've been buying companies for the last four or five months. At scale, small numbers add up."

GAW has been opportunistic in acquiring mining pools, which aggregate the hashing power of individual miners. It has also added ASIC hardware makers, software developers and even a cryptocurrency trading desk with professional day traders. Garza said GAW is also developing a secure marketplace where cloud miners can trade mining hardware and cloud assets. 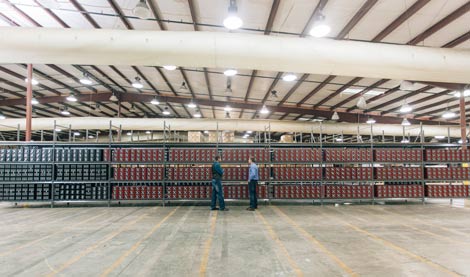 The hashing centers were a change of pace for Garza, who was accustomed to enterprise data center environments for telecoms and service providers.

"At first we were still putting our gear in regular data centers," he said. "That's the only thing I've ever known. In the world I came from, to put a server in a warehouse would be blasphemous. We came from a world where you want five 9s or six 9s (of uptime). The economics of this business are different."

As more hardware vendors launch mega-scale hashing centers, it might seem hard for a small Connecticut-based company to keep pace. Garza insists that's not the case. "My previous company competed with Verizon and Comcast," he noted.

There are those in the cryptocurrency community who are skeptical about GAW Miners and the above-market returns its pools are generating for early Hashlet customers. The economics of the company's offerings are already evolving. After debuting at $15.99 per megahash of capacity, Hashlet prices have risen to a range of $16.95 to $49.95 per megahash, with the pricier plans eligible for algorithm switching and other new features.

Garza says the critiques come with the territory. "A lot of people love us, but there are people that don't," he said. "That's the way the industry is. We're here to stay. We have a lot of financial discipline, and when we do well, we reinvest into the business. I believe the best money is going to be made by treating your customers well."