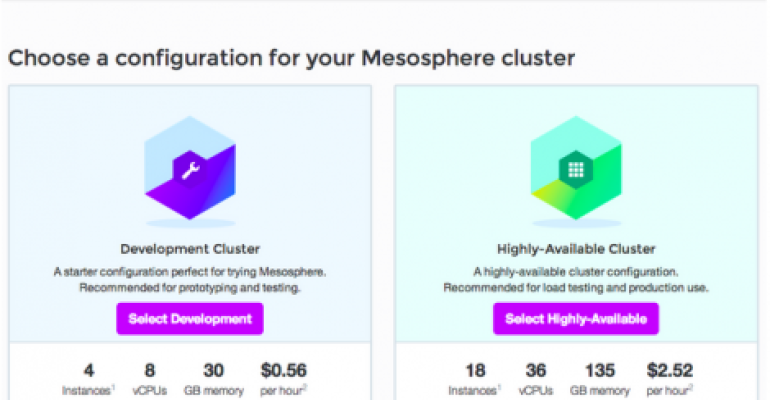 Mesosphere is one of the leading companies in its sphere and Kubernetes, which Google announced in June, enjoys support of industry heavyweights, including Microsoft, Red Hat and IBM. Mesosphere is based on the open source Apache Mesos distributed systems kernel used by customers like Twitter, Airbnb and Hubspot to power Internet-scale applications. Kubernetes helps manage the deployment of Docker workloads. Combination of the two provides a commercial-grade, highly available and production ready compute fabric, the companies said.

The collaboration results in a web application that enables customers to deploy Mesosphere clusters on Google’s cloud in minutes. Kubernetes is being incorporated into the offering and into Mesosphere’s ecosystem.

The new application automatically installs and configures everything a user needs to run a Mesosphere cluster, including Mesos kernel, Zookeeper and Marathon, as well as OpenVPN to log in to the cluster. The functionality will soon be incorporated into the Google Cloud Platform dashboard.

Liebert wrote that developers can literally spin up a Mesosphere cluster on Google’s Cloud Platform with just a few clicks in standard or custom configurations. “Whether you are running massive Internet-scale workloads like many of our customers, or you are just getting started, we think the combination of Mesos, Kubernetes and Google Cloud Platform will help you build your apps faster, deploy them more efficiently and run them with less overhead.”