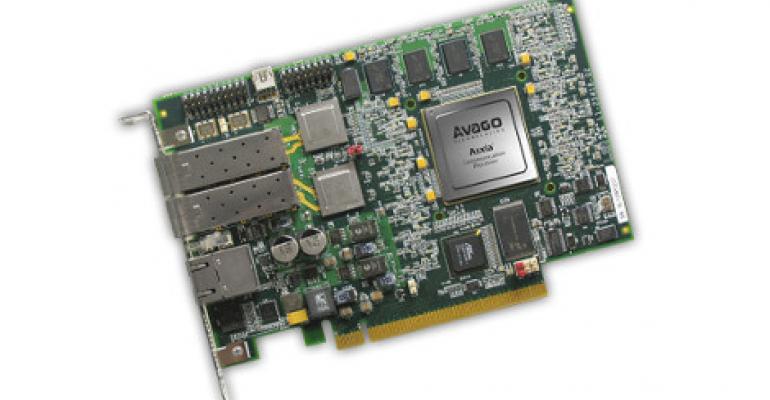 The Avago/LSI Axxia chips are used in a variety of products, including PCIe cards which could be then placed inside of systems powered by Intel processors.

Besides gaining the product line and about 650 employees, Intel advances its strategy for mobile and Internet of Things divisions through the acquisition. In a blog post, Rose Schooler, vice president of Intel's Data Center Group and general manager of its Communications and Storage Infrastructure Group, said the acquisition will help the company's wireless access networking strategy, which is focused on the critical network workloads of application, control, data and signal processing. Axxia product lines include custom silicon solutions for mobile and enterprise communication processors, including System-on-Chips (SoCs).

ARM is a huge competitor to Intel, especially in the low-power chip markets, such as smartphones and tablets, networking and storage devices, as well as embedded devices. The UK-based company licenses its processor architecture to manufacturers.

Schooler writes that "Intel’s goal is to offer a common architecture approach that scales up and down at many different price, power and performance points."

Intel has incorporated products and intellectual property into its networking business before. When it acquired Fulcrum Technologies in 2011 it folded in its ASICs into a top-of-rack switch and its communication platform.