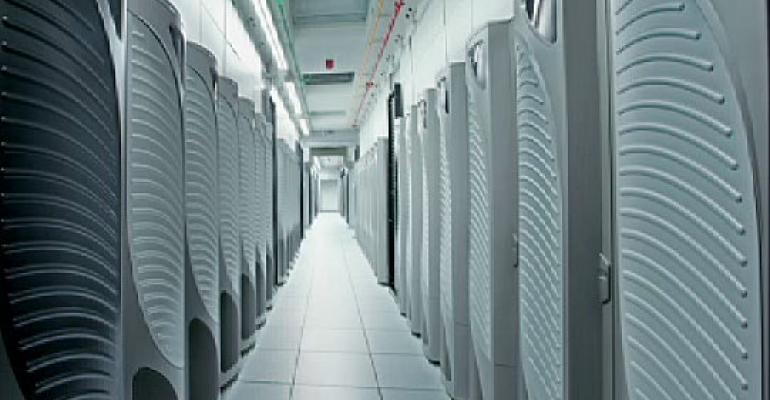 In preparation for the next phase of data center construction at its Reno, Nevada, campus, Apple has applied for planning permits to stand up more data center buildings there.

The company is asking for permission to build more buildings at the site in Reno Technology Park, Reno Gazette-Journal reported, citing documents the company filed with Washoe County. Apple currently has two completed “data cluster” buildings in RTP, an administration facility and a 19,500-square-foot equipment building, Trevor Lloyd, a senior planner with the county, told Data Center Knowledge in an email.

Apple appears to be building the facility out in 25,000-square-foot modules it refers to as data clusters. The buildings are interconnected, Lloyd said.

In addition to the two data center buildings that are already finished, two more are close to completion. The company has submitted plans for four more, and the application is pending, the planner said.

Phase II of construction at the Apple data center site is currently underway, slated for completion before summer’s end. The company owns 345 acres in RTP, currently building at the park’s southern end but planning to build at its northeast end as well, according to the Gazette-Journal.

RTP was envisioned by a team of developers called Unique Infrastructure Group. The property provides access to a wide variety of energy sources, including hydroelectric, wind and geothermal power.

The developers also envisioned solar farms at the site – a vision Apple is working to realize with a project to build a 20-megawatt solar installation. Building the solar farm together with a local utility, the company plans to finish the project in early 2015.

Apple has a standing public commitment to making 100 percent of the power it consumes renewable, and has been buying geothermal energy to power the entirety of its Reno operations, which it said it would continue doing until the solar array is completed. The company buys power for this site from NV Energy, whose power mix includes a large portion of geothermal, Lloyd said.

In the environmental responsibility report the company released last month, it said its Reno data center facilities had consumed 3,000 megawatt-hours of electricity in fiscal 2013. This is one of the newer location in the company’s data center fleet and therefore consumes less energy than the others.

Its other data centers are in Prineville, Oregon, Maiden, North Carolina, and Newark, California. It also has some capacity deployed at colocation data centers, but says that most of its workload is served out of its own facilities.

Fiscal 2013, which ended in September of last year, was the first year Apple’s data centers consumed more energy than any of the company’s other corporate facilities. Cumulatively, its data centers used more than 300,000 megawatt-hours that fiscal year.

There is currently big concern among local officials in Nevada that Apple has been quiet about the building it promised to build in downtown Reno. That project was one of the economic-development commitments the company made before it started building in the area in exchange for a tax-incentive package.